by J Michael Waller / Los Angeles Times / May 21, 2006.  The piece, titled in the print edition as “Larry, Curly and Osama,” appears online as “Larry, Curly and Musab.” OSAMA BIN LADEN says he doesn’t fear dying. He says he fears being humiliated. So let’s give it to him. Bin Laden and others have thrived on … Read more

by J Michael Waller, USA Today, December 7, 2005. [USA Today ran an editorial that criticizes the US military for planting propaganda in the Iraqi press. The editors invited Professor J. Michael Waller to provide an opposing view after the Pentagon refused. Both pieces appeared together on December 7. For the USA Today editorial, click here. Dr. Waller’s column … Read more

by J Michael Waller, Insight, October 29, 2002. Al-Qaeda recently announced economic warfare against the United States and other Western countries. U.S. intelligence expects years of attacks on the economic infrastructure of the civilized world. For its part, the United States has an arsenal of economic weapons for this war, but critics fear it may have … Read more 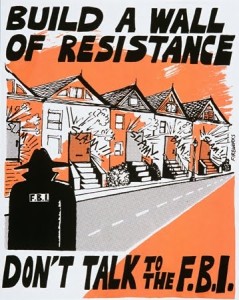 by J Michael Waller, Insight, January 7, 2002. [Note: This article identified Abdurahman Alamoudi as a danger to the US while the US leadership was treating him as a VIP and as a chief liaison with the Muslim community. Alamoudi is now serving a lengthy federal prison sentence on terrorism-related crimes.] The brochure warns: “Don’t talk … Read more