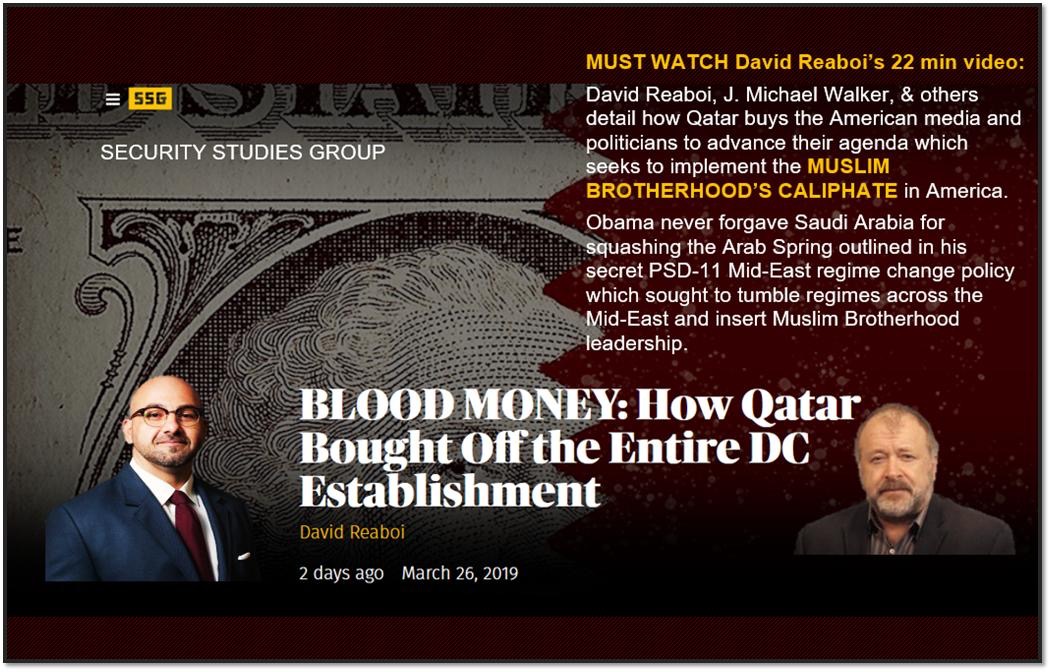 Blood Money, the short documentary that chronicles the influence operations of the jihadist Middle Eastern regime of Qatar, is officially released.

Mike Cernovich’s 23-minute documentary is an excellent exposé of how the gas-rich ministate funds terrorism, Muslim Brotherhood subversion, and other forms of Islamist extremism around the world and especially in the United States.

Two of the main figures in Blood Money are my longtime colleague David Reaboi and me.

Take a look at the full documentary, and spread the word.