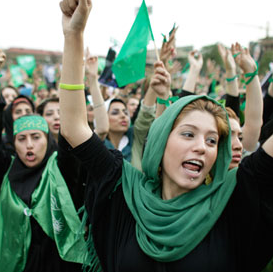 Iran’s elections are illegitimate because all candidates are approved by the mullahs who control the regime, an IWP professor tells a US public diplomacy TV channel. (Institute of World Politics news release) “It doesn’t matter who wins the presidential elections in Iran,” IWP Provost J. Michael Waller says on Alhurra, an Arabic-language satellite TV channel broadcast to the … Read more