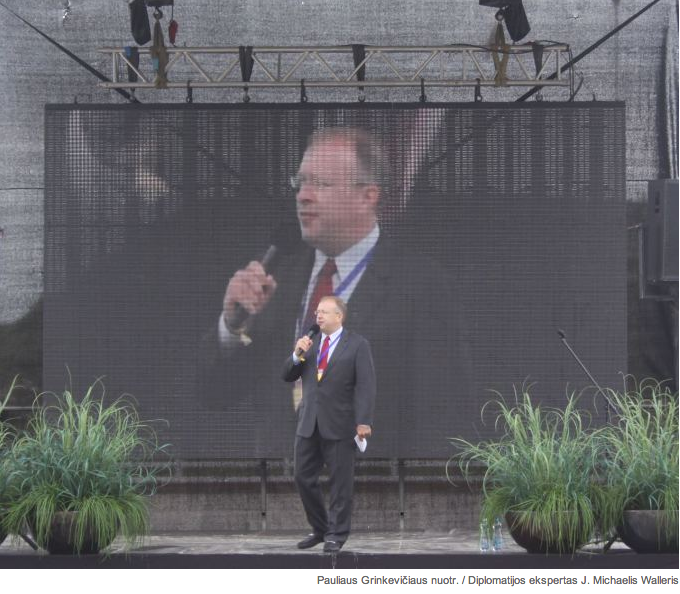 As a collective defense alliance, NATO is made up of members with their own strengths and weaknesses – mostly weaknesses.

However, where NATO as an organization is terribly weak – defense against hostile propaganda and subversion – there is one ally that can add value far beyond its small size.

That ally is Lithuania. Dr. Waller visited Lithuania this week as a guest of the government to discuss Russian propaganda and subversion against Lithuania and its neighbors, against the NATO alliance in general, and what to do about it.

The small Baltic republic has a warrior spirit in every good sense of the term, and has contributed beyond what is generally known to the US-led fights in Iraq, Afghanistan and elsewhere.

Lithuania brings to NATO’s table a special set of instincts: inherent understanding of the danger of hostile propaganda and subversion that can undermine and even destroy the alliance. The country also has a gutsy, can-do mentality to add a lot of value to NATO’s present and future needs.

Dr. Waller said he was encouraged to see this not only within elements of the Lithuanian military, but in parliament, among the president’s advisors, and in the local news media.

Lithuanians know that the collective defense triggering mechanism of the NATO treaty – Article 5 – is triggered only in the case of armed conventional attack.

Article 5 does NOT defend NATO members against hostile propaganda, psychological warfare, political warfare, and other types of subversion.

Russia is subverting Lithuania and the other Baltic states in many ways, including energy, economics, entertainment and the news media.

This is a big hole in the treaty that needs to be addressed.

Lithuania can’t do it alone. It can’t act effectively without strong support from the entire alliance, or at least from major allies like the US. It’s time for American policymakers to pay more attention to Lithuania and what it offers to strengthen NATO as a whole.

«« Why did we give Putin control over our satellite launches?