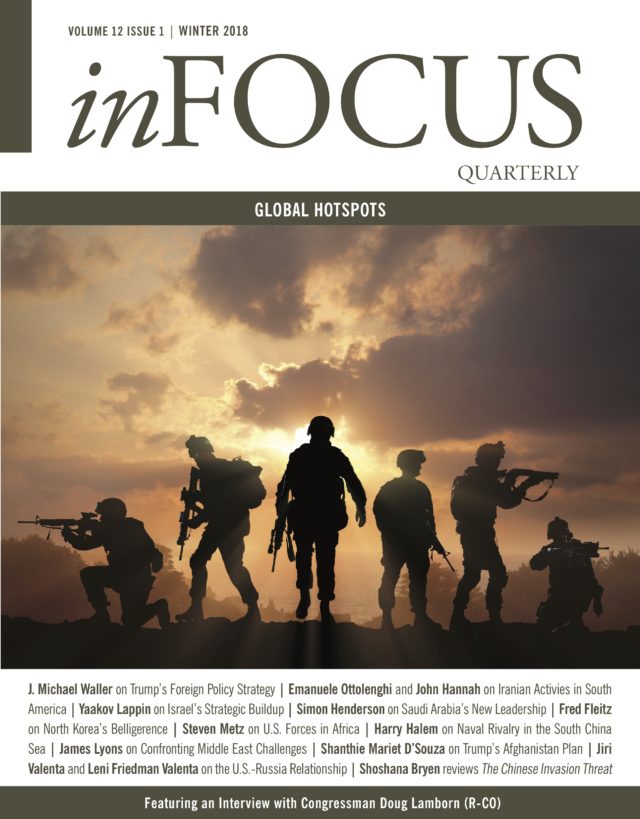 by J Michael Waller / InFocus / Winter 2018 With global conflicts stretching the United States toward the breaking point, many feared that the world’s only superpower in 2017 was headed over a cliff. Flailing policies in Afghanistan stole hard-fought American military gains and had made the Taliban enemy a player again. Things became even … Read more