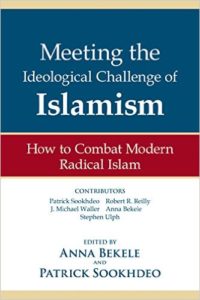 Want to discover the vulnerabilities of the Muslim Brotherhood? Study its doctrine, strategy and operations worldwide.

That’s what we set out to do in “The Muslim Brotherhood: Doctrine, Strategy, Operations and Vulnerabilities,” a chapter in the newly published book, Meeting the Ideological Challenges of Islamism: How to Combat Modern Radical Islam. The work was edited by Anna Bekele and Patrick Sookhdeo of the Westminster Institute.

Indeed, the purpose behind my chapter was to demonstrate that the Muslim Brotherhood is a totalitarian political entity that can be combated and defeated by largely political means.

Constitutionally based societies can combat the Muslim Brotherhood as a threat to their constitutional systems.

For Americans who are bound by law to uphold and defend the Constitution of the United States against all enemies, foreign and domestic, the Muslim Brotherhood and its front groups should be viewed as enemies of the Constitution.

Just as coexistence was impossible with other totalitarian movements, such as international Communism, coexistence is impossible with the Muslim Brotherhood. The Ikhwan shares many structural and functional similarities to the old Soviet international Communist movement, and we can adapt the experiences from defeating Communism to defeating the Brotherhood.

My 55-page chapter is organized as follows: