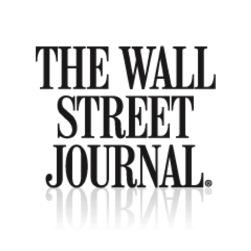 The Wall Street Journal quoted Professor Waller in an article about a Guatemalan court’s decision to overturn the genocide conviction of a former Guatemalan dictator. The rushed trial of 86 year-old Efrain Rios Montt, who ruled Guatemala for 17 years in 1982-83, resulted in a verdict of crimes against humanity and genocide.

The trial was controversial from the beginning. The New York Times asked Dr. Waller to write a commentary about what the trial means for the U.S. and other countries, and whether outside countries should be held accountable. The Wall Street Journal picked up on the professor’s May 19 New York Times piece.

Dr. Waller wrote that the Rios Montt trial meant that other former dictators in the region, such as Nicaragua’s Daniel Ortega, should also be put on trial for crimes against humanity. He urged that Fidel and Raul Castro on Cuba also face charges under the same logic – but concluded that sometimes, for the sake of peace and relief of human suffering, it’s sometimes necessary to let the bad guys go away. The Wall Street Journal reported on May 22:

“During the trial, after Guatemala’s President Otto Pérez Molina criticized the case, another judge moved to have the trial annulled, temporarily derailing it. But after public outcry and statements from the U.S. urging the trial to move ahead, the courts let the case come to a verdict.

“The court’s annulment of the sentence also points to weaknesses in the case itself, which became highly politicized in Guatemala. Michael Waller, a foreign-policy expert who worked in Central America in the 1980s, said the judge had overreached with her genocide conviction. ‘It was a nasty war in Guatemala but it wasn’t genocide,’ he said.

“At times, the six-week trial itself appeared rushed, having been moved ahead by months after alleged threats to prosecutors and witnesses. Other genocide cases, handled in international tribunals, have typically lasted far longer; prosecutors spent two years presenting evidence in the genocide case of Slobodan Milošević, the former president of Serbia, who died before his trial concluded.”