HERE’S a new twist in the Blackwater story: A legal group with a four-decade record of aiding and abetting terrorists, spies and cop-killers is suing the company. Joining it is an Egyptian attorney who has been representing what the U.S. Treasury Department calls a fund-raising operation for al Qaeda.

The Sept. 16 incident in Baghdad’s Nisoor Square resulted in at least 17 deaths. Three families of the Iraqi victims, plus one injured survivor, are suing the “contract-security” firm. But their choice of attorneys is remarkable.

The legal team includes attorneys from the Philadelphia firm of Burke O’Neil LLC – plus the New York-based Center for Constitutional Rights, as well as CCR’s president, Michael Ratner – plus Shereef Hadi Akeel of Akeel & Valentine PC.

The Center for Constitutional Rights calls itself a civil-rights group, working for the “least popular” in society in order to defend the rights of all. But it seems to specialize in defending the enemies of American society.

The CCR and its lawyers have provided legal aid to the murderer of two FBI agents; bombers and bank robbers from the 1960s, and ’70s terrorist groups. It has even litigated on behalf of illegal-combatant detainees at Guantanamo and mounted a spirited moral defense of Lynne Stewart, convicted for conspiring with the spiritual leader of the 1993 World Trade Center bombing.

If a terrorist needs help, the CCR isn’t far away. Its lawyers gave legal aid to the Puerto Rican FALN terrorists who planted more than 100 bombs in Chicago and New York. You know, the group that in 1975 blew up the Fraunces Tavern in New York City, killing four and wounding 54.

He’s also an aggressive propagandist of the Soviet old school who knows how to make headlines to spin public opinion. Where he once pushed communist causes, today he’s pushing Islamist extremism. His involvement in the Blackwater lawsuit must be seen in that context.

Joining Ratner as counsel in the suit is Akeel, an Egyptian-born lawyer in Michigan who has represented a group the Treasury Department says is a fund-raising operation for al Qaeda.

Akeel has been a defense counsel for the Islamic Relief Agency, which Treasury says supports Osama bin Laden. A federal court backed Treasury’s findings in a decision earlier this year, rejecting Akeel’s request that the government unfreeze his client’s assets.

CCR lawyers, either individually or as part of the organization, provided legal help to the late Soviet KGB agent Wilfred Burchett, who operated undercover as a journalist; and to a U.S. Marine guard at the U.S. embassy in Moscow who was seduced to betray his country for the Soviet KGB.

They gave legal and political support to Leonard Peltier, an Indian militant convicted of murdering FBI Special Agents Jack Coler and Ron Williams. They’ve defended or litigated on behalf of cop-killers who left a trail of dead policemen and deputies in Georgia, New Jersey, Pennsylvania and elsewhere.

They provided legal counsel for Mousa abu Marzouk, a leader of Hamas; Mazin Assi, who firebombed a New York-area synagogue; and Japanese Red Army terrorist Yu Kikamura, who attempted to bomb a Manhattan building on behalf of Libya’s Muammar Qaddafi.

They provided legal and political support to Lynne Stewart, the lawyer convicted of providing “material support” to Omar Abdel-Rahman, the “Blind Sheik” who was behind the 1993 bombing of the World Trade Center in New York and was considered a spiritual leader to Osama bin Laden and al Qaeda.

The CCR’s Ratner has gone to the mat for Stewart, even after her conviction for supporting terror. At the same time, he has been a harsh – even hysterical – critic of Blackwater, serving as a longtime source of comment for The Nation magazine’s anti-Blackwater agitpropster Jeremy Scahill. (Ratner and Scahill go back to at least 1999, when they co-wrote a bulletin on the former Yugoslavia denouncing NATO military involvement against the Milosevic regime.)

As we await the facts to establish responsibility for the Sept. 16 tragedy in Nisoor Square, we must demand answers to another question: Of the million-plus lawyers in the United States they could have chosen to sue Blackwater, how did ordinary Iraqis manage to pick the few who aid cop-killers and terrorists? 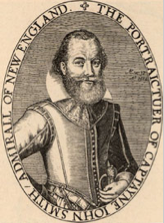