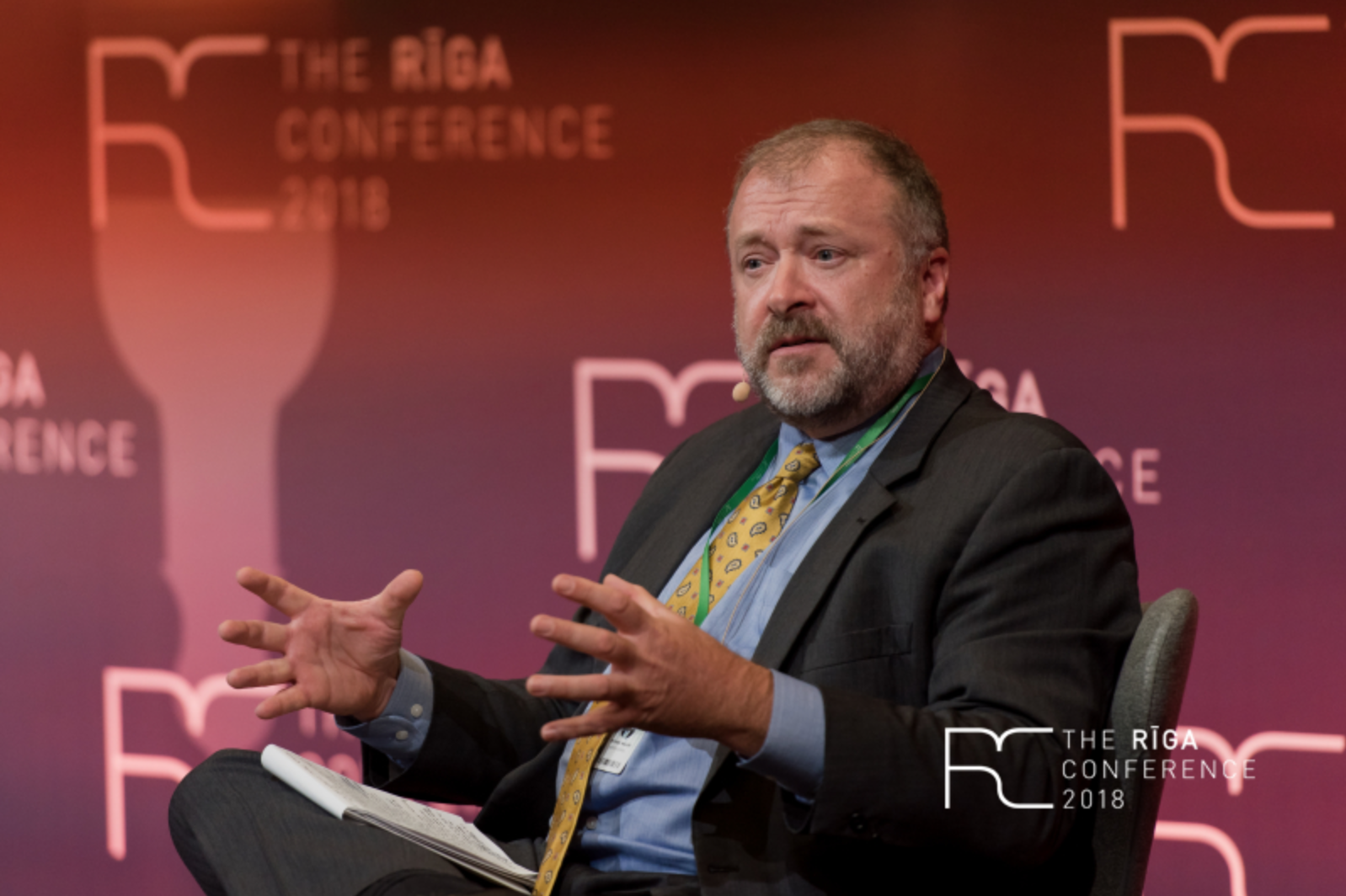 Laying out an innovative strategy to counter and deter Kremlin subversion, the Center for Security Policy provided NATO countries with a new way to provide common defense against Moscow’s “hybrid threats.”

Center Vice President J Michael Waller told the thousand or so participants at the Riga Conference that NATO should “map out and exploit the vulnerabilities” of the Putin regime, the Russian gangster-state, and even the Russian Federation itself as non-military ways to defend against the Kremlin’s unconventional forms of aggression.

Those forms of aggression include subversion, disinformation and propaganda, and cyberwarfare. In its present structure and function, NATO has few defenses against hybrid warfare.

Waller also addressed Islamist subversion in the West, saying that when nations deny the truth about jihadist networks and attacks as they did after a truck attack on children across the Baltic Sea in Sweden, they deny Western values.

Latvian President Raimonds Vejonis kicked off the two-day event in Riga. The small Baltic republic has taken the lead within NATO to develop unconventional, non-military defenses against Russian subversion.

“Latvia’s contribution to the alliance is important and unique,” Waller said. “It is a very small country with very limited means, and a front-line NATO member with a fresh memory of Kremlin occupation. It sees the world very differently than we do, and has low-cost, high-impact solutions that we Americans tend to overlook.”