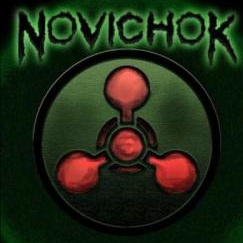 Someone is sabotaging the Chemical Weapons Convention. If the international treaty, intended to ban all chemical weapons from the planet, goes into effect as scheduled April 29 – without the ratification of the Russian parliament and the United States Senate – the agreement will ultimately wither and die.

The Clinton administration has been pushing for the Senate’s advice and consent prior to the deadline, which was set last year when Hungary, as the 65th signatory to ratify, set off a legal mechanism that makes the treaty go into force whether or not the major powers go along. Yet key senators, including Majority Leader Trent Lott and Foreign Relations Committee Chairman Jesse Helms, are in no hurry to send the CWC to the floor for a vote until the White House fully answers some deeply troubling questions about verification problems, loopholes that allow Russia to continue producing new classes of nerve agents, and the creation of an intrusive, United Nations-style regime of inspections of American private industry.

Senate reservations ran so deeply, in fact, that the administration pulled the treaty from consideration last September amid fears that it might be rejected. Yet the administration refused to provide key senators with the information they sought. Had it come clean from the beginning and allowed lawmakers to debate and remedy serious flaws in the CWC, the treaty might have been ratified by now. The administration and its supporters are pinning the blame on Sen. Helms. But the record shows that the real saboteurs of the Chemical Weapons Convention were in the White House. Key evidence points to former National Security Advisor Anthony Lake, the man President Clinton wants to be director of central intelligence.

During its first three years in power, the administration dawdled in selling the CWC to the Senate and the public. Though the administration likes to say that it declassified large quantities of information at Senate request, key information about deficiencies was kept secret, crippling public debate about how dangerous flaws in the CWC could be remedied so the treaty could pass.

To pressure the Senate, the executive branch encouraged other countries to approve the treaty through their legislatures. Once 65 signatories ratified it, the CWC would go into effect with or without the U.S. Senate. The idea in the White House was to present the Senate with a fait accompli: without ratification, the United States would not be able to negotiate the treaty’s implementation, so the Senate should simply drop its concerns and climb aboard. Another urgency, according to administration officials including Mr. Lake, was that quick Senate action would encourage the Russian parliament to ratify the treaty, as well.

The strategy is backfiring. And this is where Mr. Lake comes into the picture.

Moscow looked on with alarm as the administration coaxed countries like Cameroon and Hungary to trigger the CWC’s implementation mechanism. On July 8,1996, Russian Prime Minister Viktor Chernomyrdin sent a letter to Vice President Al Gore discussing the CWC and the potential for and the pitfalls in the way of cooperation in chemical weapons destruction. Mr. Helms knew about the letter but had not seen it. Writing to Mr. Clinton on July 26, he requested a copy, which he understood “must be unclassified since it was transmitted by facsimile around Washington on unsecured lines.”

In early August, Majority Leader Lott also asked the White House for a declassified copy of the Chernomyrdin letter. He received no reply until Sept. 10, just days before the CWC was scheduled for a vote. Mr. Lake’s rejection notice was similar: the Chernomyrdin letter contained “sensitive diplomatic information regarding high-level, ongoing negotiations, the disclosure of which may affect our ability to negotiate in confidence.”

It might have been a reasonable response–had officials not already faxed it, without any classification markings, all over town. Even so, the Senate majority leader and foreign relations committee chairman, by virtue of their responsibilities and leadership positions, are fully entitled to view such a letter, regardless of its classification.

Thanks to those who faxed around the Chernomyrdin letter, we have an idea why the administration stamped it a state secret after officials learned of Mr. Helms’ desire to see a copy. For the Russian prime minister was warning Mr. Gore that the campaign to get 65 countries to trigger CWC’s implementation was a dangerous game.

“Taking into account the special role and responsibility of Russia and the USA in advancing chemical disarmament,” Mr. Chernomyrdin wrote, “one could hardly speak about effectiveness of the Convention without participation in it of both countries, or a least one of them. With a growing number of ratifications of the Convention there arises the necessity to agree about possible steps to avoid such an eventuality.” In other words: Stop encouraging smaller countries to bring the treaty into effect without Russian or US. ratification first.

He continued, “technically speaking the Convention can be put into force even without participation of one of these powers. But this would inevitably do serious harm to the system of international cooperation in the field of chemical disarmament.”

The Russian premier explicitly warned Mr. Gore, “Speaking candidly, I shall say that the convention’s entry into force without Russia would hamper its ratification with us. It is unlikely that in the future we would accept implementation schemes that were worked out–and much is still needed to be done–without us and, consequently, without taking into account Russian interests.”

But to the White House, playing diplomatic games overseas to pressure the Senate at home was more important. In informing the Senate Foreign Relations Committee chairman that the Chernomyrdin letter was too sensitive for him to examine, Mr. Lake assured him, “We continue to believe that the best way to promote Russian ratification of the CWC is to continue to move forward with our own ratification.”

That, of course, was the same excuse Mr. Lake offered the Senate to approve START II despite its deficiencies. Even the administration now agrees that the possibility of Russian ratification of START II is almost zero.

Meanwhile, Mr. Chernomyrdin’s suppressed warning is bearing itself out.

When the Hungarian parliament approved the CWC last fall, it created the artificial April 29 deadline for the U.S. and Russia to ratify or be left out of the implementation process. Instead of leaping ahead, Moscow lurched backward. A bill passed by the State Duma to create the legal basis for destroying the country’s massive chemical weapons stockpile was near the top of this year’s legislative calendar in the upper house. The law was critical to Russia’s cooperation programs with the U.S. But when it reached the floor for a vote, lawmakers shot it down.

If Russia fails to ratify the CWC, the administration won’t have its Senate critics to blame, for the concerns they raise are valid. Responsibility rests with those who played risky diplomatic games for domestic political purposes–and covered up the miscalculation by concealing the Russian prime minister’s warning from the Senate.