“Three thousand Army officers – it’s a pretty humbling experience to work among them,” noted Waller, who holds the Walter and Leonore Annenberg Chair in International Communication at IWP. The officers are both commissioned and non-commissioned.

When he’s not teaching graduate students at IWP, Waller is likely to be on the road, teaching the officers of Army units about to deploy to Iraq or Afghanistan. He does so as a faculty member of the Leader Development and Education for Sustained Peace (LDESP) program of the Naval Postgraduate School. His colleagues include retired senior military officers, ambassadors, and civilian subject matter experts. Over the past year and a half, Waller has completed about 20 LDESP assignments at military bases across the United States. The program is sponsored by the Army’s Training and Doctrine Command (TRADOC).

Most recently he taught at Fort Hood, Texas, and Fort Carson, Colorado. At Fort Hood, he led seminars on influence operations for three Army units, including the 20th Engineers, who had lost four of their men to terrorist Nidal Hasan.

Waller also visited privately with Col. John Thomson, commander of the 41st Fires Brigade, and the 2008-2009 Army Senior Fellow at IWP. Thomson is now based at Fort Hood as his unit prepares for its next deployment. 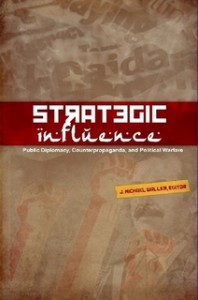