The consolidating dictatorship of strongman Hugo Chavez is destroying the Venezuelan economy and threatening to destabilize South America and the Caribbean, Annenberg Professor J. Michael Waller said on the Voice of America radio and VOA-TV in separate interviews on June 21 and 23, 2005.

In the Spanish-language programs, Waller called on Brazil, as Venezuela’s largest and most influential immediate neighbor, to lead a regional political offensive against the violent and repressive regime in Caracas. “The government of President Inacio Lula da Silva in Brazil represents a generally responsible and nonviolent democratic Left, something that the Chavez model threatens with its subversion and armed militance,” Waller said. “If the Left in Latin America wants to keep its hard-fought credibility as a responsible segment of the international community, it must remain committed to the peaceful and democratic road, and not revert to the foreign-sponsored violence and subversion of old. So Brazil should take the lead against Chavez.”

Meanwhile, Waller said, the US should initiate immediate strategic public diplomacy and political warfare campaigns to expose the corruption and repression of the Chavez regime, and how the Venezuelan leader has brought his country under the domination of the Cuban secret police. The US and other countries should help the egotistical and mentally unstable Chavez self-destruct politically.

Waller recently authored a paper, What To Do About Venezuela, in which he described why hemispheric action against the regime should be an urgent national priority. 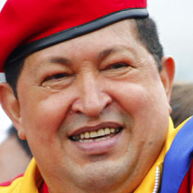 «« What to do about Venezuela: The case for political & psychological strategy

With Cato Institute’s Doug Bandow in Zurich, debating US policies »»