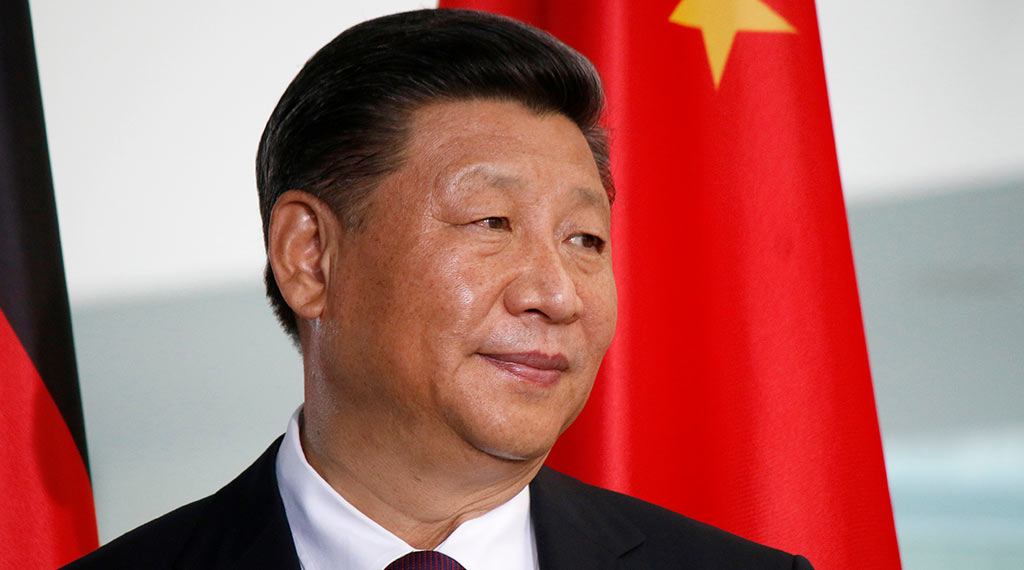 Analysis of Communist Party leader Xi Jinping’s landmark centennial speech last month underscores that the regime is preparing the country for an invasion of Taiwan, while attempting to lull the West that the dangers might not be so grave.

Close examination of Xi’s words, re-translated from Mandarin into English and compared with the regime’s official English versions, reveal the deception and therefore the plan.

Some news organizations caught some of the deliberate inconsistencies. The independent group MEMRI made a line-by-line comparison of Xi’s entire original July 1 speech with the Communist Party’s official translation into English, and found major distortions in four paragraphs. We will focus on two sets of those distortions.

In China’s system, the distortions are not a case of different syntax and usage among translators. They are careful and deliberate.

“The CCP has several officially approved translation departments and institutions, such as the Central Compilation and Translation Bureau of the CCP, the China Foreign Languages Publishing Administration, the Translation Office of the Ministry of Foreign Affairs, numerous foreign languages universities, and more. Thus, official CCP English translations are usually quite accurate,” MEMRI says in its summary.

So a study of the distortions – part of a near-dead field known as propaganda analysis – is vital.

Xi: ‘Bash their heads and spill blood on the great wall of steel’

Xi Jinping’s most inflammatory words received media attention despite the distorted translation. They are aimed at the United States and its allies.

“We Chinese are a people who uphold justice and are not intimidated by threats of force. As a nation, we have a strong sense of pride and justice. We have never bullied, oppressed, or subjugated the people of any other country, and we never will. By the same token, we will never allow any foreign force to bully, oppress, or subjugate us. Anyone who would attempt to do so will find themselves in a collision course with a great wall of steel forged by over 1.4 billion Chinese people,” Xi said in the CCP’s official English translation.

The original Mandarin, according to MEMRI, is far more extreme. “This paragraph is the most militant and memorable of Xi’s lengthy speech, so it is arguably the most important. The official English translation tones down the harsh meaning that is clearly understood in China,” MEMRI says: “The word ‘subjugate’ does not reflect the special tragic connotation in CCP narrative discourse that the word used by Xi reflects – which is accurately translated as ‘enslave.’”

Thus, Xi Jinping was telling the Communist Party and the Chinese public that the United States and its allies are out to enslave the people of China.

More importantly, the CCP radically toned down what Xi said the consequences would be for such “enslavement.” Proper translation from Mandarin, according to MEMRI, is not that Western countries would find themselves on a “collision course with a great wall of steel forged by over 1.4 billion Chinese people.”

Instead, Xi said that China would “bash their heads and spill blood on the Great Wall of steel” that was not merely “forged,” but was “built from the flesh and blood of over 1.4 billion Chinese people.”

“Such emotive, colloquial language is very rare in formal CCP speech. Xi was sending a direct and personal message to both the CCP and the Chinese public, and it was toned down in the official translation for foreign audiences,” MEMRI analysts said.

So Xi Jinping was telling China’s more than 90 million Communist Party members and its 1.4 billion citizens that the West intends to enslave them, and that China will bash their heads and spill their blood.

Xi has used the pandemic to accelerate the absorption of Taiwan under Communist Party control. He has been raising the specter of Western support for Taiwan as a sign that free countries seek to enslave all of China.

“We must take resolute action to utterly defeat any attempt toward ‘Taiwan independence,’ and work together to create a bright future for national rejuvenation,” Xi said in the CCP translation. “No one should underestimate the resolve, the will, and the ability of the Chinese people to defend their national sovereignty and territorial integrity.”

MEMRI’s translators note that the CCP’s official English translation omitted the words “smash,” “firm,” “strong,” and “formidable.” The bold and underlined font in this article has been added to show the different wording.

“Xi wanted to send these strong signals to the CCP and the Chinese people, and they received the most applause from the audience of CCP members,” MEMRI said.

Here is what Xi really said: “We must take resolute action to smash any attempt toward ‘Taiwan independence,’ and work together to create a bright future for national rejuvenation. No one should underestimate the firm resolve, the strong will, and the formidable capacity of the Chinese people to defend their national sovereignty and territorial integrity.”

Why propaganda analysis is important

Propaganda analysis is important because it allows an inner look at the intentions of foreign leaders.

Political leaders of all types speak out of both sides of their mouths to address different audiences at once. The Chinese leadership’s statements are different.

The nature of Communist political control systems requires propaganda to be generally rigid, with redundancies and quality controls to ensure that the Party cadres understand precisely the intentions of the Party leadership.

Over the course of months or years, Party cadres must study the speeches and official writings of their leadership, attend supervised discussion groups, and participate in regular indoctrination sessions to master the ever-changing Party line. This mastery is important to enable Party members to adopt the worldview of the leadership, execute the Party line in their respective professional fields, and repeat that line to those with whom they interact.

Westerners seeking to profit from relations with the Chinese Communist Party thus receive the Party line, abide by it, and repeat it to their audiences at home. The Center showed last year how a prominent American business figure did this with respect to the Wuhan virus.

In the case of Xi Jinping’s 100th anniversary speech, we thus find the CCP leader speaking in uncharacteristically colloquial, violent and bloody language to prepare the cadres and the Chinese public with his true intentions about conquering Taiwan. The official English translation, meanwhile, softened those intentions to Western audiences.