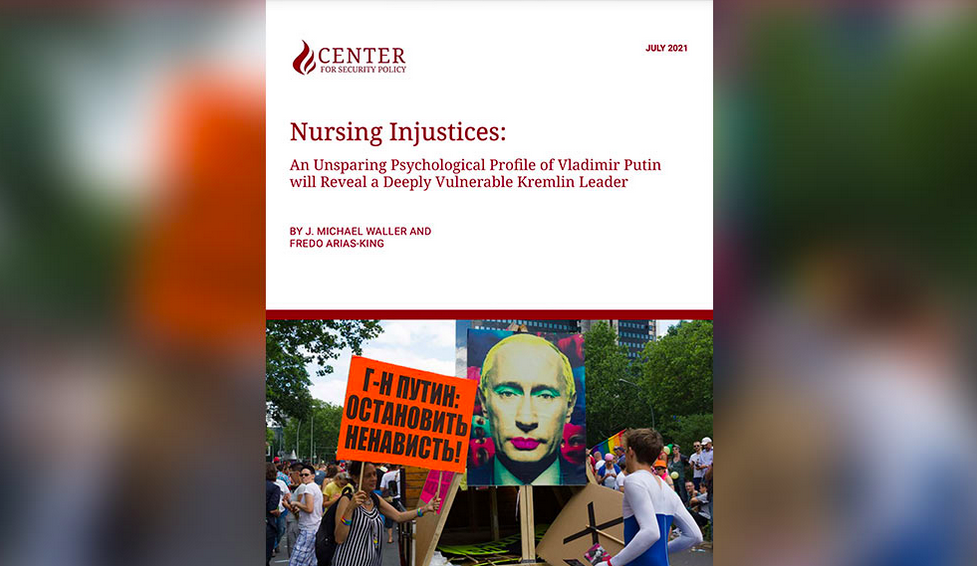 J Michael Waller and Fredo Arias-King / Center for Security Policy / July 20, 2021. Since seizing control of the Kremlin 21 years ago, Vladimir Putin has waged an image-making campaign to build himself as the savior of Russia. The country’s leadership has always been enigmatic to outsiders, but Putin has presented special riddles as to his actions, motivations, and goals, even today. Many critics, at home and in the West, paint him as nearly invincible. Some astute observers say he nurses profound personal vulnerabilities ripe for exploitation.

Effective exploitation of Putin’s weak points requires a certain degree of political incorrectness that few Kremlin-watchers or geostrategists seem willing to risk. That reluctance has squandered endless opportunities to hem in the Russian dictator without risking harm to the Russian people, or armed conflict beyond Russia’s borders.

While Russian leaders generally have had a mysterious outward persona, Putin seems to present special riddles as to his actions, motivations, and goals. Indeed, the Kremlinology profession has gotten no closer to understanding Putin today than it did more than twenty years ago, when many of those experts welcomed Putin as a focal point of order after the unpredictable rule of his predecessor, Boris Yeltsin. As such, policymakers must ask themselves if their strategy has weakened Putin’s iron grip on power or, to the contrary, has strengthened it all along. The old carrot-and-stick approach to the Kremlin leader, resting mostly on ever-tightening sanctions that have caused considerable economic damage but failed to open Russia, have indeed failed.

A PDF of this report can be downloaded here: