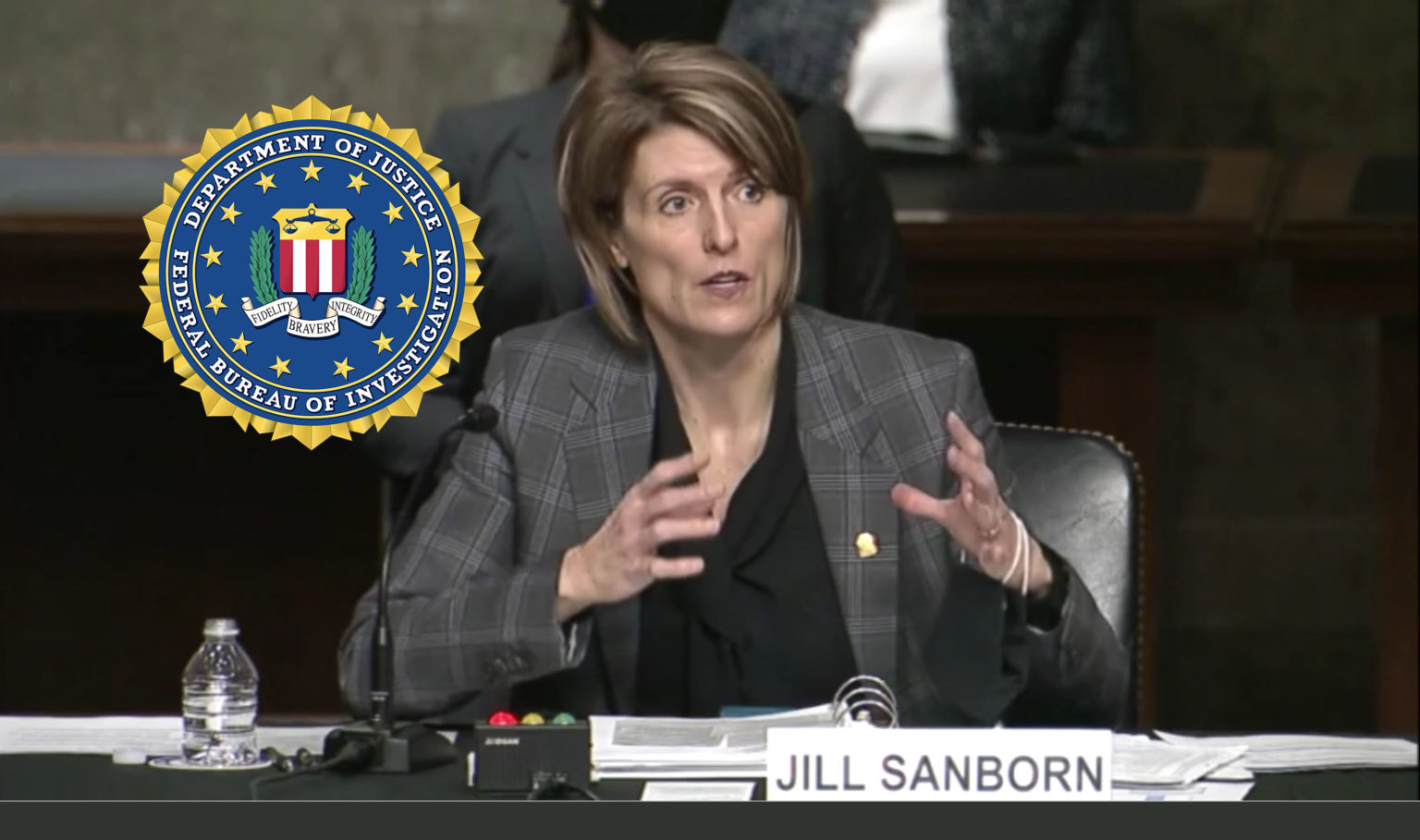 FBI Assistant Director Jill Sanborn told a Senate investigative panel that FBI findings “definitely” and “absolutely” comport with what J. Michael Waller, the Center’s Senior Analyst for Strategy, said he observed during the protest leading up to the riot.

Sanborn made the statement in response to a question during a joint hearing March 3 of the Senate Rules & Administration Committee and the Senate Homeland Security & Government Affairs Committee.

Waller’s observations, first published January 13 on the Center for Security Policy site, were reprinted by The Federalist the next day.

In the article, Waller said that he observed four separate groups on the Senate side of the Capitol lawn during the march and protest:

Waller wrote that he saw members of the first, second, and fourth groups directly involved in the events leading to the riot.

He specifically stated that he did not see the presumed leftists in the third group do anything wrong, and he did not accuse them or organizing the violence.

But that didn’t stop CNN, the Washington Post, and others from falsely asserting that he did, either directly or by accusing Senator Ron Johnson (R-WI) of making false or baseless allegations in reading from Waller’s eyewitness account.

Johnson used his allotted time to ask Sanborn about what Waller wrote that he witnessed. The senator read the section “Provocateurs Turn Unsuspecting Marchers Into an Invading Mob” from Waller’s article about the groups he saw that were directly involved in the attack. (The exchange starts at 5:08 in the video.) He asked Sanborn:

“Does that tie in to with what you’re uncovering as you investigate exactly what happened in the Capitol that day, that you had these armed militia groups that had conspired and organized to be there, maybe dozens, we don’t know how many, but that they were organized and knew how to use the mob to storm the Capitol? Is that kind of what you’re seeing?”

The FBI assistant director responded without equivocation. Here is the full text of her reply:

“We definitely so far are seeing a mixture of that, absolutely. We’re seeing people that got caught up in the moment, got caught up in sort of the energy, et cetera, and made their way into the Capitol, and those probably are the ones that you’re seeing the charges simply of trespassing. And then we’re definitely seeing that portion that you’re pointing out, which is small groups and cells now being charged with conspiracy that coalesced either on site or even days or weeks prior, and had sort of an intent that day, and they too probably caught people up in the energy.”

Sanborn thus put to rest the allegations in the press and among certain politicians that Waller’s account was dishonest or inaccurate, and that Johnson was spreading a false narrative.

The controversy began during a joint hearing the week earlier of the same two Senate committees.

All senators on both committees consented to having Waller’s eyewitness observation placed in the record as evidence.

In his two brief descriptions of the third group, Waller wrote carefully that he “presumed” but did not know the members to be Antifa or part of a like-minded movement, and that he did not see them participate in any violence.

In Waller’s words, “I presumed these fake Trump protesters were Antifa or something similar. However, that entire afternoon I saw none of them act aggressively or cause any problems. At least, not from my vantage point.”

After the hearing, Klobuchar (D-MN) falsely accused Waller’s article as being “disinformation” and a “conspiracy theory,” even though she did not read the article before making the allegation.

CNN, the Washington Post, and other outlets latched on to Klobuchar’s conspiracy theory comment and untruthfully reported that Waller accused Antifa of organizing or being responsible for the riot.

In one of the few accurate press accounts, the Milwaukee Sentinel-Journal, editorially a harsh critic of Johnson, wrote a straight and balanced story of what Johnson said, based on Waller’s report:

“Johnson defended the Trump supporters gathered that day as overwhelmingly pro-police and suggested a small group of ‘provocateurs’ turned unsuspecting marchers into an invading mob.

In testimony at the February 23 hearing, Steven Sund, who was Chief of the US Capitol Police on January 6, testified that his department had received intelligence from federal authorities, understood to be either the FBI or Department of Homeland Security, that Antifa would be present at the Capitol protest.

Sund cited a January 3 assessment by the Capitol Police Intelligence and Inter-Agency Coordination Division (IICD) that included “input from internal US Capitol Police intelligence officials, such as our Director of Intelligence John Donahue, who is an expert in right-wing extremism, as well as information provided by our partner agencies such as the FBI, US Secret Service, Department of Homeland Security, and the DC Metropolitan Police.”

“The assessment indicated that members of the Proud Boys, white supremacist groups, Antifa, and other extremist groups were expected to participate in the January 6th event and that they may be inclined to become violent,” Sund said in prepared written testimony. (Emphasis added)

In a separate Judiciary Committee hearing, Senator Dick Durbin (D-IL) asked FBI Director Christopher Wray about Antifa allegations. Wray told lawmakers, “We have not to date seen any evidence of any anarchist violent extremists or people subscribing to ‘antifa’ in connection with the 6th. That doesn’t mean we’re not looking and we’ll continue to look, but at the moment, we have not seen that.”

Sund’s testimony confirms that intelligence anticipated an Antifa presence. Wray’s testimony confirms that the FBI takes concerns about Antifa seriously, holds out the possibility that evidence might surface and that the FBI will “continue to look” for it, and in effect validates Waller’s January 6 observation that leftist activists were present but were not seen committing any violence.