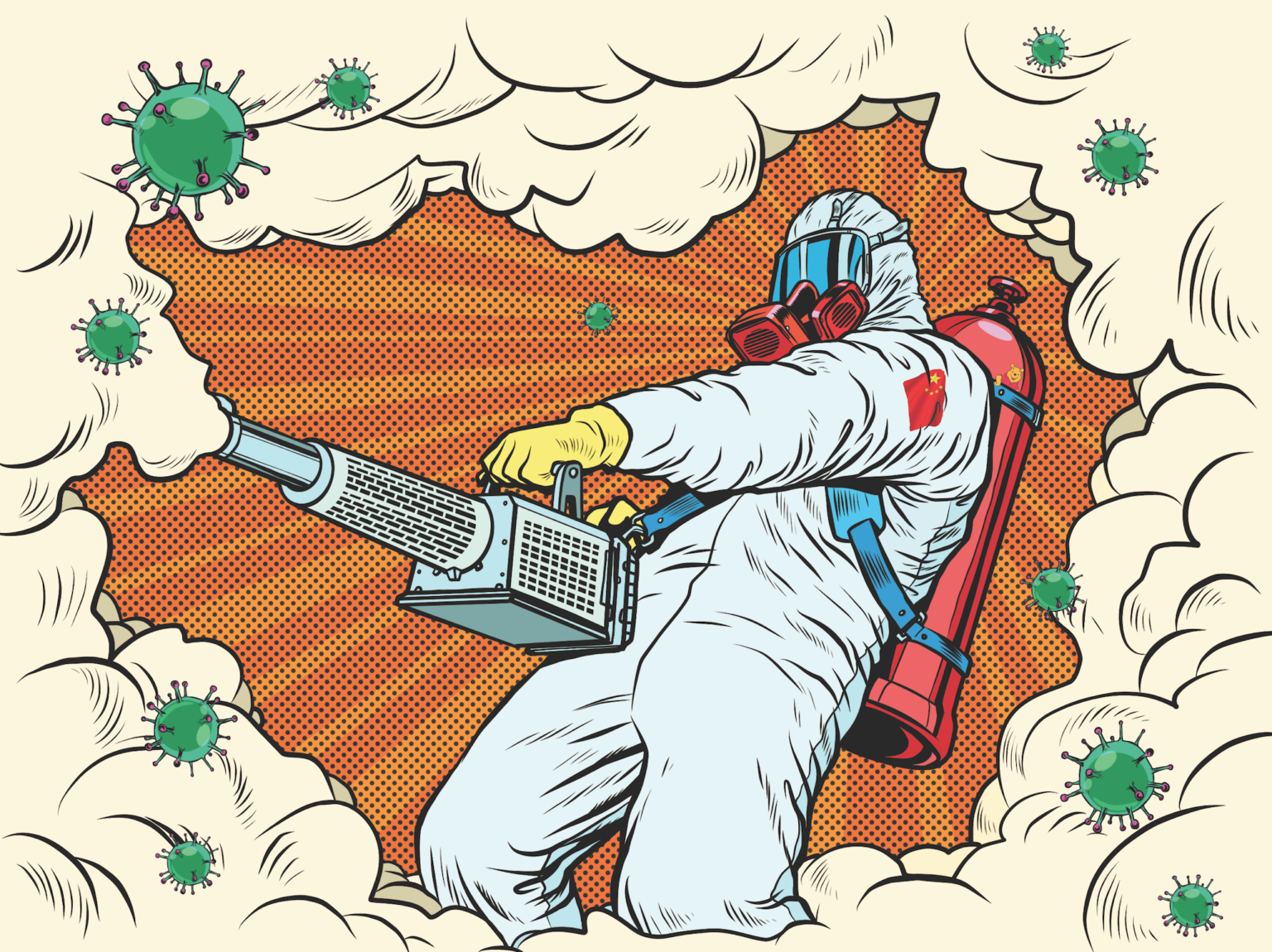 by J Michael Waller / Center for Security Policy / April 29, 2020 – While accusing the US military again of causing and spreading the global pandemic, the Chinese government is getting tough on anyone who proposes an independent investigation into how it actually began. China, the regime says, is not an initiator of disinformation, but a “victim.”

These are the main Chinese pandemic propaganda and disinformation themes for April 26 and 27. Targets include the US military, the National Endowment for Democracy, the Australian government, the Washington Post and New York Times, and the French news media.

The April 26-27 coverage is the most recent addition to our daily Wuhan Virus propaganda timeline.

French media ‘follow’ US lead to attack China. French journalists and commentators don’t have minds of their own, but “follow US in attacking China,” Global Times says. The CCP fixes on a prime target: “Le Figaro is a typical right-wing newspaper aping US political tricks against China about the pandemic rather than reporting professionally, the experts said.” Any French critic of the CCP is a tool:

To investigate the pandemic’s origin is to politicize the crisis, Beijing says. “Some people advocating the launch of an independent investigation into how China dealt with the epidemic in its early stages are manipulating the politics, the Chinese Foreign Ministry said … noting that the question of where the virus has originated should be left to scientists,” the Global Times says:

US team works with Chinese team to find ‘Covid origins.’ An American scientific team is working with Chinese counterparts to “investigate the origin of the coronavirus despite criticism from the Trump administration that Beijing is failing to co-operate with outsiders to stem the disease,” the Financial Times reports. Let’s unpack this story:

Australia will pay if it investigates origins of pandemic, Chinese ambassador warns. “China has threatened to stop importing wine and beef from Australia if the Morrison government continues to push for an inquiry into the origin of the global coronavirus outbreak, the Australian Associated Press reports. Highlights:

EU’s cave-in on China’s disinformation did more damage than the disinformation. By caving into China and censoring its mild report about Chinese pandemic disinformation, the EU allowed Beijing to divide the EU itself, and to accuse European journalists of disinformation against the EU, rather than keeping the focus on China, Axios reports. Highlights:

China is a ‘victim’ of disinformation. “China is a victim of misinformation, not an initiator, the Chinese Foreign Ministry said … in response to an EU report accusing China of spreading false information related to the COVID-19 pandemic,” according to the Global Times:

Belt and Road Initiative is a solution to the pandemic. “A patchwork of approaches adopted by governments across the world in the fight against the coronavirus have led to differing results, proving that isolating and quarreling are pointless and harmful in the face of a global crisis, and only through cooperation can we defeat our invisible enemy. The Belt and Road Initiative (BRI) is a global cooperation mechanism that has proven capable of saving lives from the deadly virus and bringing more opportunities for the world’s economic recovery,” according to the Global Times.

Click HERE to support the Center for Security Policy’s vital work to keep this timeline going.