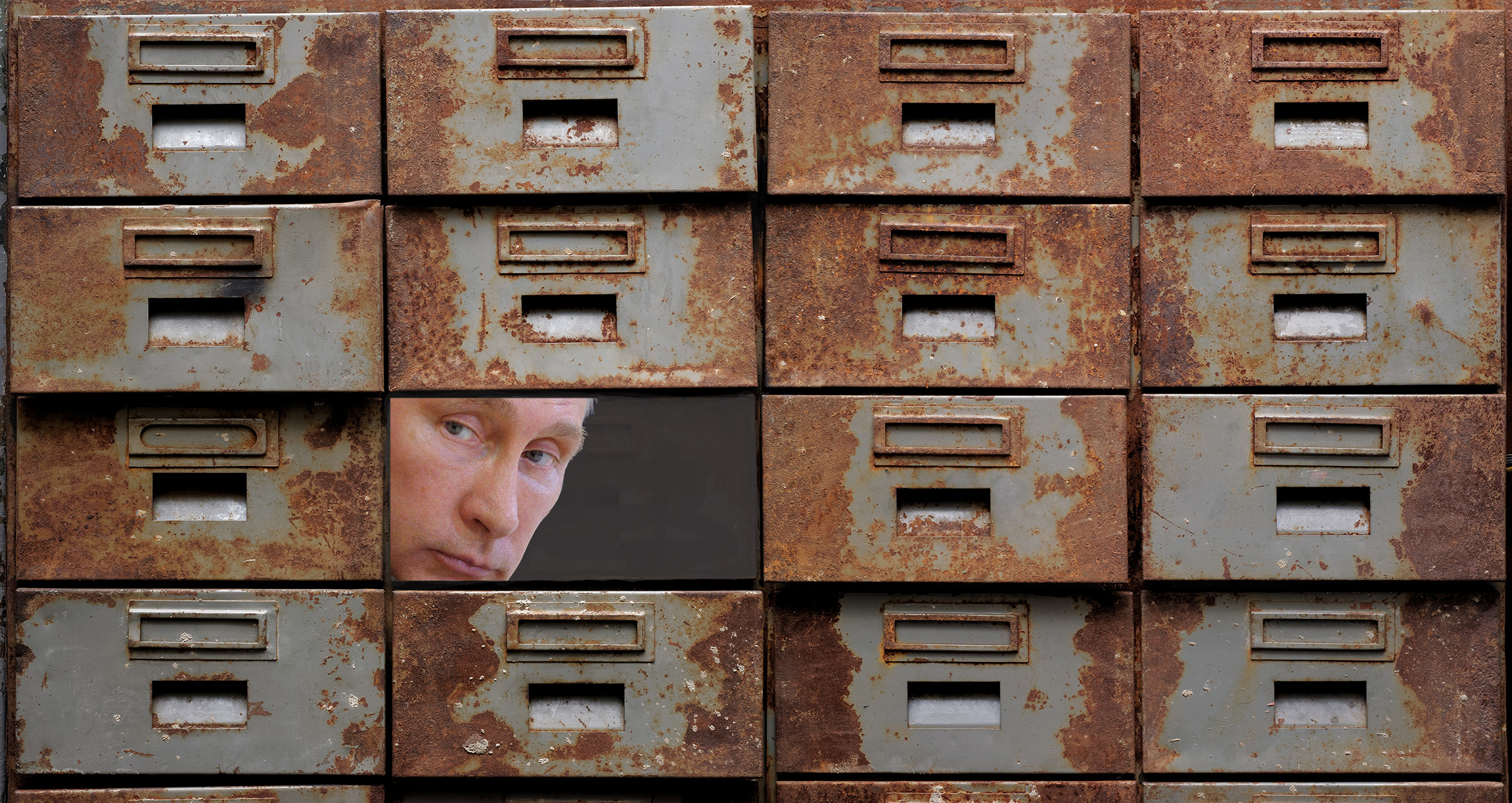 For all the vitriol and finger-pointing about Russia’s Vladimir Putin manipulating our political system, not a single policymaker or pundit has proposed a coherent strategy to turn the tables against him.

“Putin, sadly, has got all of our political class, every single one of us, including the media, exactly where he wants us,” said Fiona Hill, former Trump National Security Council director for Russia, on CBS “60 Minutes.”

Maybe not every single one of us, but she has a point. So how do we reverse the problem? Hill didn’t say when she was on the NSC staff.

It isn’t as hard as people think.

Tough-guy Putin is not the omnipotent puppetmaster that he’s been made out to be. If anything, the “collusion” narrative about Trump inflated Putin’s image at home at a time he needed to look powerful. Putin is much weaker than people realize. His regime is weak. His economy is weak. His national morale is weak. And his personality is weak. There’s plenty for America to exploit.

For all the accusations and finger-pointing about who collaborated with whom, nobody in Washington’s political class and media elite has come up with a plan on how to put Putin back in his box. The president has not helped himself by appearing so uncharacteristically passive about any effort by Putin, large or small, to interfere with the American democratic process.

Turning tables on Putin is easy to do. It doesn’t need to involve the big, inefficient bureaucracies that identify so closely with Washington’s political class, including the media.

Putting adversaries like Putin on the defensive – and keeping them there – really requires little more than creativity and courage.

We at the Center for Security Policy have been developing such a strategy for a long time. Here are some of our published proposals over the past five years:

This plan, published in the Kyiv Post after the Russian annexation of Crimea, required no US action. Our Kyiv Post article urged Ukraine to use its own internal talents, resources, and knowledge of Russia to hit Putin internally in his political, economic, and cultural weak spots:

“It’s an old idea that doesn’t require guns or bombs. All that it needs is the will to harness the aggressor’s internal vulnerabilities. While Russia is militarily far stronger than Ukraine, it shows signs of much greater weakness inside its borders. Ukrainians know Russia’s political cultures, national fears and paranoias, socioeconomic divides, and other vulnerabilities that are ripe for adroit strategists to exploit.

“By making war against Ukraine, Russian President Vladimir Putin has broken the surface tension that, so far, has held the Russian Federation together. In its own defense, Ukraine has the capability to attack the Putin regime’s internal power base.

“This doesn’t mean fomenting horrible civil wars within the Russian state. To the contrary. It means showing solidarity with the peoples of Russia.”

The idea didn’t appeal to the Obama administration’s “re-set” policy with Putin. The Ukrainian government of President Petro Poroshenko disregarded it also, even though the Russians had invaded his country and annexed a chunk of it.

This was a plan to build an in-kind retaliatory capability against Russian subversion of the American political system. Our idea, published in Forbes, responded to reports that the Russian government had hacked into the Democratic National Committee computers and dumped the data to WikiLeaks to influence American elections. It was time for the US to retaliate for those actions, and to develop a quick capability to deter future ones and ensure the integrity of the 2016 elections and beyond:

“History shows that when American leaders resist and make Moscow pay a price, the Kremlin backs off. Strategic-minded leaders, as President Ronald Reagan proved, can even turn tables on the perpetrators and defeat them.

“Which is why we should be focusing, not on Hillary Clinton and Donald Trump, but on the current commander-in-chief. Barack Obama has done nothing to discourage Russian misbehavior that led to the WikiLeaks dump. His passivity arguably encouraged it. He now has the pretext to do something.”

But Obama did nothing anyway, even while his own CIA and FBI directors, and his former secretary of state, were saying the Russians were knee-deep in manipulating our elections. The Republicans were no better.

Obama could have kicked Putin in the political crotch before the 2016 elections, but he chose not to. “Obama is the only person on earth who can respond in-kind to the Putin regime’s egregious intervention in the American democratic process,” we reasoned in our plan. “Putin and his inner circle are vulnerable to exposure of their own shameful actions, habits, actions and fetishes. In the electronic age, the Kremlin fortress has become a glass house.” (More on this in a future article.)

“For the sake of America’s democratic society, Obama must strike back hard at Putin and his inner circle. Now.”

That never happened. Only a lot of finger-pointing at Trump.

The Center for Security Policy’s Fred Fleitz edited a 163-page monograph, Putin’s Reset: The Bear is Back and How America Must Respond. The entire work lays out a strong policy toward the Kremlin. One chapter dealt with Moscow’s weaponization of information against the United States and its allies. On pages 108-109, it several recommendations, including:

The chapter was edited down for readability. The original manuscript, with full sourcing, is much lengthier.

Independently of the Center, this writer, a colleague, and four psychologists teamed up to write a far more robust proposal that was hinted in the October monograph. The proposal was to identify Putin’s personal vulnerabilities for the incoming Trump administration to exploit.

This writer hinted at it in an August 16, 2016 column in Forbes: “there are national cultural norms that no present Russian leader could politically survive once the glass of invincibility is electronically shattered. Above almost all else, Putin nurses a deep-seated hostility to male homosexuality. Putin-centric political elites could never endure the humiliation and ridicule following a skillful intelligence dump of their private emails, text messages, social media posts, photos and Web browser histories.”

The group wrote a December 20 memorandum for Trump’s transition team, but it apparently went forgotten in the chaos. Putin has skeletons in his closet that, if exposed and exploited, would weaken his political viability in Russia’s cultural context. Even if they were not exposed publicly, the mere threat of US exposure would strengthen American greatness against Russian political subversion. A future article will discuss that memo in detail.

January, 2017: Up the ante on Russian subversion

Trump’s election offered hope for a smarter policy toward Russia that would put America first. The policy slowly developed, though Trump’s unusually mild rhetoric about Putin overshadowed what he was actually doing, and fell into his opponents’ collusion narrative trap. Here’s what we proposed in a January 4, 2017 Forbes column:

“Clinton’s allegations of Russian subversion must undergo the most rigorous investigation. Trump should welcome a comprehensive probe.

“But limiting the scope of ‘Russian subversion’ to the 2016 campaign is a trap. Trump must raise the ante. He must broaden any investigation to cover all foreign subversion of American politics and policies. It’s time to drain the fetid swamp of foreign espionage, subversion and corruption aimed at compromising decision-makers in Washington. . . .

“As part of making America great again, the Trump administration must smack down foreign covert political warfare once and for all. It should instruct the entire intelligence community to prepare a definitive annual National Intelligence Estimate, or NIE, to reach the most accurate professional consensus on the scope and cumulative effects of foreign subversion of the United States and its allies. The NIE timeframe should begin at least as far back as the longest-serving federal official has been in office. Separately, Trump should assemble an interagency task force to develop a strategy to identify, monitor and neutralize foreign propaganda, political warfare and subversion from any source. A special hybridized team should provide the president with effective strategies and methods of deterrence and retaliation.

“Trump should handle America’s foreign adversaries the way he treats some of his personal opponents: through the specter or acts of exposure, humiliation and destruction.”

None of that ever happened, but in a future article we’ll show how it can.

With Washington’s entire political class, including the media, floundering among unproven “Russian collusion” allegations and effectively paralyzed, the Center for Security Policy offered a Decision Brief on what to do.

“President Trump can take quick and practical steps to protect American elections from Russian interference by developing a deterrence capability,” we said.

We laid out a brief political warfare deterrence strategy. It was a political hybrid of bipartisan Cold War nuclear deterrence and the successful Reagan policy of dismantling the Soviet Union. It was premised on our 2015 proposal for Ukraine to defend itself, without US intervention, by helping dismantle the Russian Federation from within.

All President Trump had to do was use his own bully pulpit:

“Trump can cheaply and quickly build his own enforcement tools without an Act of Congress. Those tools are the ability to retaliate against Putin for any interference in the American political system. Like nuclear deterrence, that ability has to be on par with the threat. Nuclear deterrence has helped prevent the Kremlin’s aggression for more than six decades. The United States can apply a similar strategy against Russian subversion of America’s political system.”

“As a building-block toward greater trust and cooperation, President Trump should do what Bush 41, Clinton, Bush 43, and Obama failed to do: Insist that Putin break with the Soviet past by releasing the Soviet archives on KGB subversion abroad. Putin won’t do it, of course. The point is to place Putin on the defensive and keep the US and the world alert to the fact that KGB subversion networks remain alive and well, and that Trump – despite his professed respect for Putin – knows the game and won’t tolerate it. US insistence, and Putin’s refusal, will create the context for the US to build its political warfare deterrent.”

Our Decision Brief called on Trump to “Develop an intelligence-driven information warfare deterrent. Show the will to collect intelligence for the purposes of information warfare. Task the US intelligence community with collecting financial data to document the corruption of Putin loyalists, family members, and even Putin himself. The purpose is to release the information covertly to cause infighting among Putin’s support base and in his inner circle, and to empower current and potential rivals.”

Consistent with Trump’s approach toward Putin, the American president could deprive the Kremlin leader of an enemy while doing it:

“A ‘tough love’ approach to Putin, by developing a deterrent capability to cause him massive troubles internally, does not need to be implemented in practice. All it takes is for President Trump to make statements that he is developing a political deterrent to safeguard the American democratic process from Russian interference, and set up an NSC-driven task force to design an architecture to operationalize that deterrent capability.”

That has not happened, either. But there’s still time.