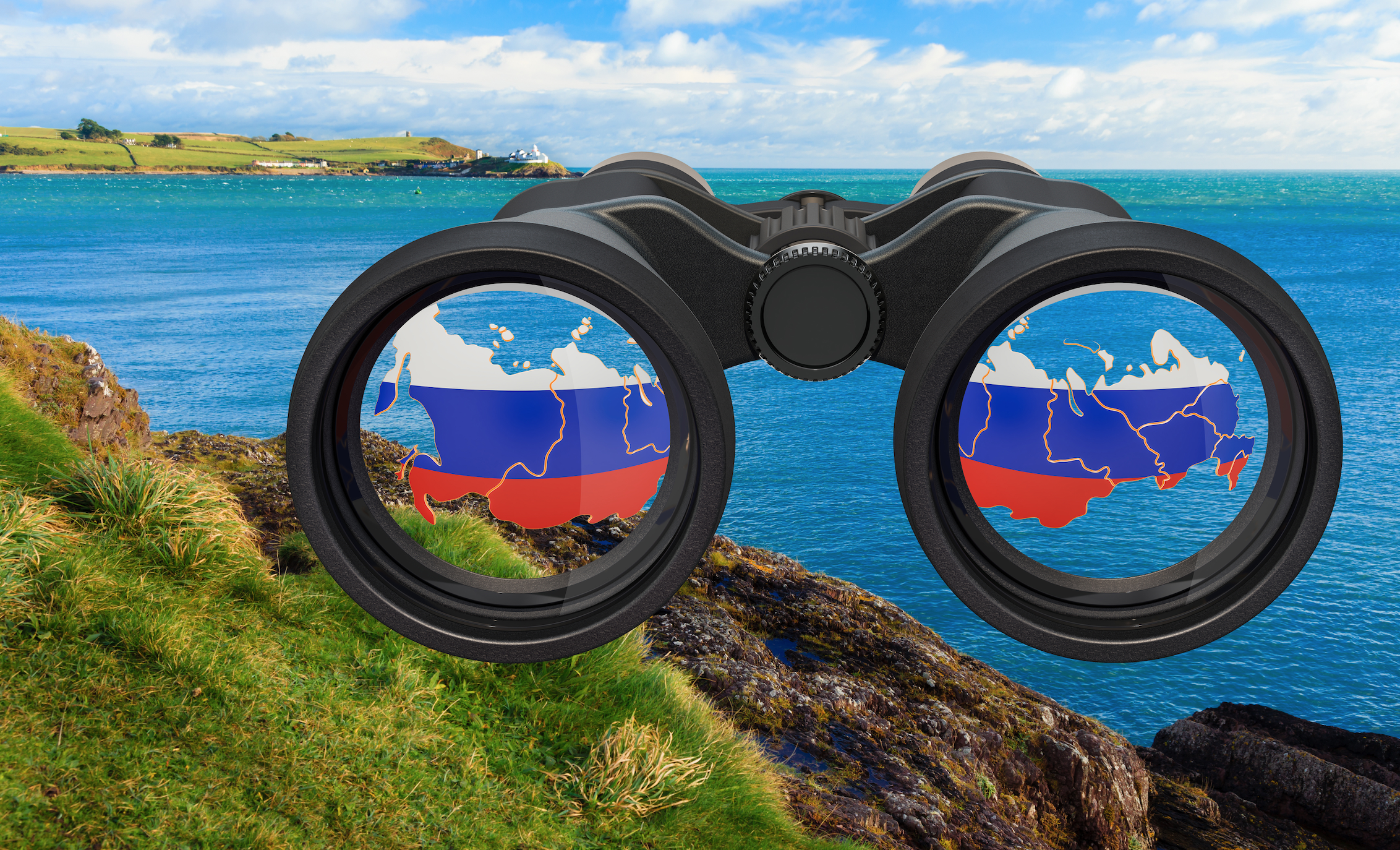 The Putin regime has mapped out a plan to invade Ireland, a vital telecommunications and logistics hub linking North America and Europe.

The neutral republic of Ireland has no military allies, so a Russian attack would not invoke NATO’s Article 5 provision on collective defense. Russia would meet little resistance were it to take over Irish deep-water ports, occupy the vital Shannon airport, and physically control or cut trans-Atlantic undersea cable network that keeps the world economy running.

Northern Ireland, about the size of Connecticut, remains a part of the United Kingdom and therefore is part of NATO.

Ireland is a prospective Russian staging point to outflank the United Kingdom and NATO from Britain’s west.

Even without invading, Russia is using Ireland to tap into the trans-Atlantic undersea cable network and burrow into Dublin-based tech companies.

“Russia has sent intelligence agents to Ireland to map the precise location of the fibre-optic, ocean-bed cables that connect Europe to America,” John Mooney of The Sunday Times of London reported February 16. “This has raised concerns that Russian agents are checking the cables for weak points, with a view to tapping or even damaging them in the future.”

“Ireland is the landing point for undersea cables which carry internet traffic between America, Britain and Europe. The cables enable millions of people to communicate and allow financial transactions to take place seamlessly,” Mooney reported.

Russian GRU spy base against NATO & EU, and Irish tech

“The Defence Forces and Garda Headquarters suspect the GRU is using Ireland as an operations base for its officers to gather intelligence on targets in Britain and in the EU, and that it is also spying on tech companies based in Dublin,” according to The Sunday Times. The Garda is the name of Ireland’s national police.

“The Irish security services’ assessment of an operation which took place last year is that Russia intended to use technology to monitor data exchanges on the cables, to give Moscow an insight into internet communications,” The Sunday Times reported.

“The agents were also monitored mapping Dublin Port. Security has been stepped up at a number of landing sites around the coastline,” according to the article. “Garda and military sources believe the agents were sent by the GRU, the military intelligence branch of the Russian armed forces.”

In a 2018 article forThe Sunday Times, Mooney reported, “Russia’s intelligence services have increased their activities in Ireland to spy on companies involved in the technology, engineering and scientific sectors, according to information gathered by Garda Headquarters.”

Ireland: a soft target with no military allies

Ireland is a diplomatically neutral country with no military allies, a rudimentary (at best) foreign intelligence service, and almost no functional counterintelligence capability. It has a tiny military and an unarmed population.

The entire joint Defence Forces of Ireland number only 8,700 active duty personnel, with another 1,800 in the reserves. Ireland spent 0.29 percent of its GDP on defense in 2019, expected to decrease to 0.27 percent this year.

A report to parliament last year found Ireland has seen a “considerable exodus from the Defence Forces because of pay and conditions, issues with accommodation, infrastructure, and a general malaise and morale difficulties.” Ireland was unable to hire a lone “consultant psychiatrist” billeted for its service personnel, yet ended 2019 with €50 million from the defense budget unspent.

“Ireland doesn’t have a counterintelligence capability,” according Mark Galeotti, coordinator of the Center for European Security at the Institute of International Relations in Prague. Galeotti told The Sunday Times, “It’s a relatively soft target. Ireland is a major node for the global internet. It has a large concentration of tech companies. This is the new battle space of the future.”

“Russia’s GRU military intelligence agency is now regarded as a national security problem by Gardai, as it is believed to be actively gathering information on Irish companies, critical infrastructure projects, and those involved in research at the ESA Space Solutions Centre in Cork,” Mooney said on Twitter.

Shannon airport vital to US operations

Although Ireland is not a military ally, it has provided the US military with the use of Shannon international airport for decades. Shannon, a major civilian international air hub, is also a refueling station for the US Air Force and a transit point for American and Canadian forces to Europe and the Middle East.

In January, Vice President Mike Pence visited American troops at Shannon while they were on their way to Iraq. Ireland’s dominant political parties have been satisfied with limited US military use of the airport, but fringe politicians have been calling for the practice to stop.

Irish group has been warning about Russia for years

GorseFires Collectif, a pro-NATO group based in Ireland, said on Twitter that it has been “warning since 2014 about Russian General Staff planning efforts & GRU interest regarding strategic assets in Ireland, including Cork Harbour/Haulbowline; Berehaven Harbour deepwater anchorages; Shannon Airport transatlantic hub for NATO reinforcements.”

“If Ireland doesn’t realise that Shannon Airport and Cork Harbour/Haulbowline are not on Russian General Staff’s maps for a flanking ‘acquisition’ during an ‘eventuality’ with NATO one day, it should. Because they are,” GorseFires Collectif tweeted in 2018.

The group alerted Irish lawmakers and naval officials last July about Cork Harbor being “a deepwater asset listed by Russian General Staff for seizure by spetsnaz in event of hostilities with NATO, to use as an Atlantic naval base.”

“Military planners in NATO and partners usually underestimate the risks to NATO’s western/Atlantic flank from scenarios in which Russian forces seek emergency landing or harbour, then ‘secure’ the area as forward presence against NATO forces,” GorseFires said in February.

“Ireland, whether it likes it or not, is the strategic west flank of Europe and, as a NATO partner, a vulnerability, incapable of defending alone vital strategic assets (Cork Harbour, Shannon Airport etc) in the event of European conflict,” GorseFires tweeted.

Mooney reported in December, “For those interested in Russia’s intelligence services ops on Irish soil: ⁦The govt have been repeatedly warned about the threat posed but failed at every juncture to take action. The new Russian embassy ⁩in Dublin contains huge intel facility.”