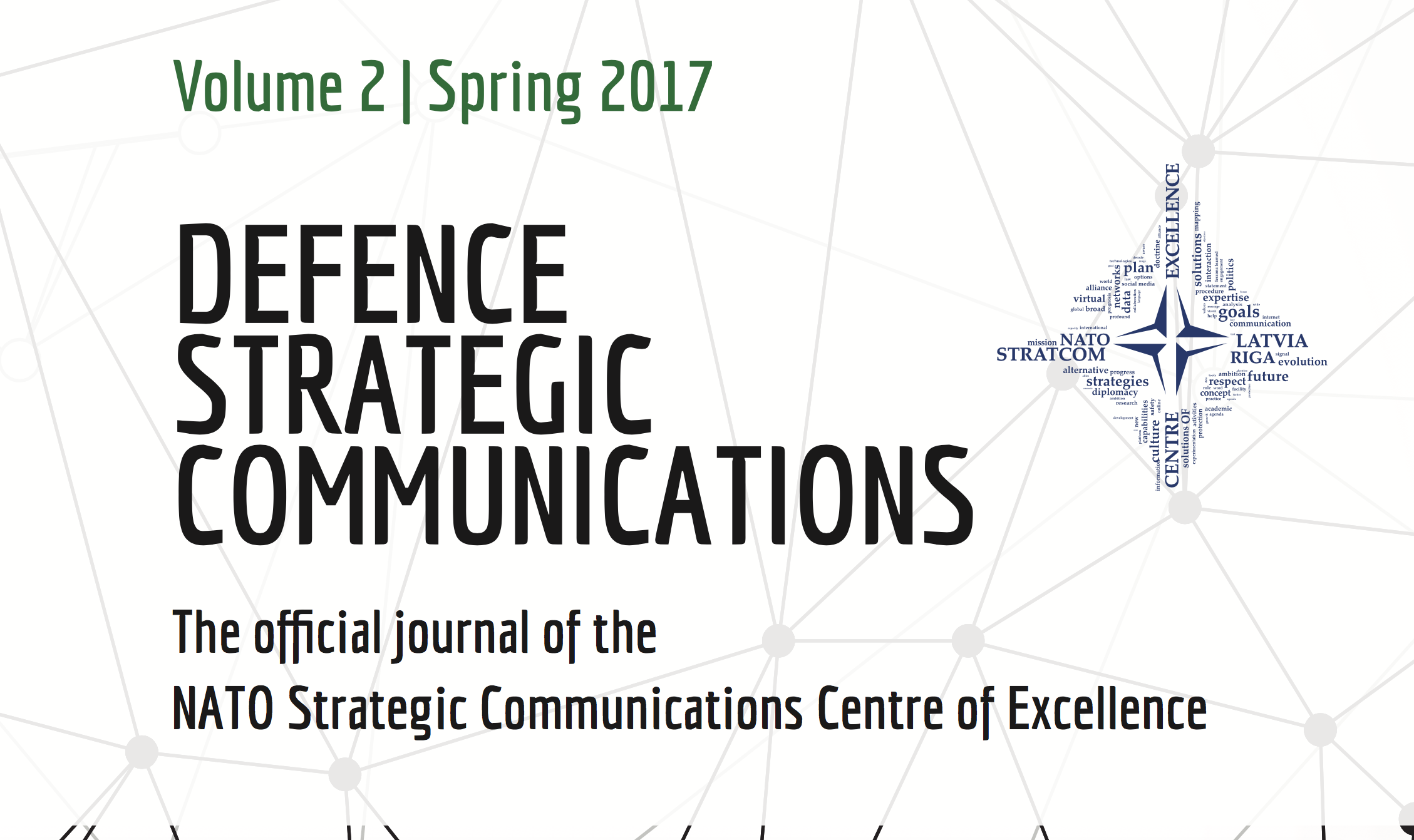 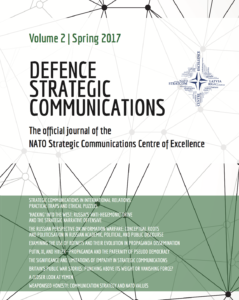 The second issue of NATO’s Defence Strategic Communications journal is out, and we’re already having a surprisingly good impact.

Dr Waller is a founding member of the journal’s editorial board.

Featured articles in issue 2, released in March (Download a PDF of volume 2 here), include:

“Stratcom’s gung-ho staff admit, their principal focus is the information war — or ‘information confrontation,’ in the center’s preferred, less bellicose phrase — between NATO and Russia. But, they emphasize, they are only observers of that ‘confrontation,’ not participants, as both the external Russian media and the local Russia media would have it,” Gordon F. Sander recently reported in Politico.eu.

The Centre has been around for less than two years, and has published a lot of material on information warfare and psychological warfare. Take a look: http://www.stratcomcoe.org/publications.