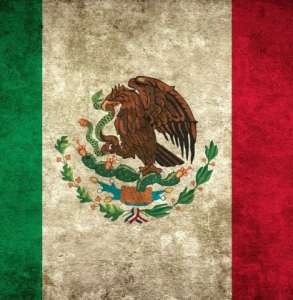 Every country has the right – and duty – to restrict the quality and quantity of foreign immigrants entering or living within its borders. If American policymakers are looking for legal models on which to base new laws restricting immigration and expelling foreign lawbreakers, they have a handy guide: the Mexican constitution.[1]

Adopted in 1917, the constitution of the United Mexican States borrows heavily from American constitutional and legal principles. It combines those principles with a strong sense nationalism, cultural self-identity, paternalism, and state power. Mexico’s constitution contains many provisions to protect the country from foreigners, including foreigners legally resident in the country and even foreign-born people who have become naturalized Mexican citizens.

The Mexican constitution segregates immigrants and naturalized citizens from native-born citizens by denying immigrants basic human rights that Mexican immigrants enjoy in the United States. By making increasing demands that the U.S. not enforce its immigration laws and, indeed, that it liberalize them, Mexico is throwing stones within its own glass house.

This paper, the first of a short series on Mexican immigration double standards, examines the Mexican constitution’s protections against immigrants, and concludes with some questions about U.S. policy.

In brief, the Mexican Constitution states that:

The Mexican constitution: Unfriendly to immigrants

The Mexican constitution denies fundamental property rights to foreigners. If foreigners wish to have certain property rights, they must renounce the protection of their own governments or risk confiscation. Foreigners are forbidden to own land in Mexico within 100 kilometers of land borders or within 50 kilometers of the coast. Article 27 states,

“Only Mexicans by birth or naturalization and Mexican companies have the right to acquire ownership of lands, waters, and their appurtenances, or to obtain concessions for the exploitation of mines or of waters. The State may grant the same right to foreigners, provided they agree before the Ministry of Foreign Relations to consider themselves as nationals in respect to such property, and bind themselves not to invoke the protection of their governments in matters relating thereunto; under penalty, in case of noncompliance with this agreement, of forfeiture of the property acquired to the Nation. Under no circumstances may foreigners acquire direct ownership of lands or waters within a zone of one hundred kilometers along the frontiers and of fifty kilometers along the shores of the country.” (Emphasis added)

The Mexican constitution denies equal employment rights to immigrants, even legal ones, in the public sector. Article 32: “Mexicans shall have priority over foreigners under equality of circumstances for all classes of concessions and for all employment, positions, or commissions of the Government in which the status of citizenship is not indispensable. In time of peace no foreigner can serve in the Army nor in the police or public security forces.”

The Mexican constitution guarantees that immigrants will never be treated as real Mexican citizens, even if they are legally naturalized. Article 32 bans foreigners, immigrants, and even naturalized citizens of Mexico from serving as military officers, Mexican-flagged ship and airline crew, and chiefs of seaports and airports:

“In order to belong to the National Navy or the Air Force, and to discharge any office or commission, it is required to be a Mexican by birth. This same status is indispensable for captains, pilots, masters, engineers, mechanics, and in general, for all personnel of the crew of any vessel or airship protected by the Mexican merchant flag or insignia. It is also necessary to be Mexican by birth to discharge the position of captain of the port and all services of practique and airport commandant, as well as all functions of customs agent in the Republic.”

An immigrant who becomes a naturalized Mexican citizen can be stripped of his Mexican citizenship if he lives again in the country of his origin for more than five years, under Article 37. Mexican-born citizens risk no such loss.

The Mexican constitution forbids immigrants and naturalized citizens to become members of the clergy. Article 130 says, “To practice the ministry of any denomination in the United Mexican States it is necessary to be a Mexican by birth.”

The Mexican constitution provides the right of private individuals to make citizen’s arrests. Article 16 states, “in cases of flagrante delicto, any person may arrest the offender and his accomplices, turning them over without delay to the nearest authorities.” Therefore, the Mexican constitution appears to grant Mexican citizens the right to arrest illegal aliens and hand them over to police for prosecution.

The Mexican constitution states that foreigners may be expelled for any reason and without due process. According to Article 33, “the Federal Executive shall have the exclusive power to compel any foreigner whose remaining he may deem inexpedient to abandon the national territory immediately and without the necessity of previous legal action.”

Notional policy options Mexico and the United States have much to learn from one another’s laws and practices on immigration and naturalization. A study of the immigration and citizenship portions of the Mexican constitution leads to a search for new policy options to find a fair and equitable solution to the immigration problem in the United States. Two contrary options would require reciprocity, while doing the utmost to harmonize U.S.-Mexican relations:

These options are only notional, of course. They are intended only to help push the immigration debate in a more sensible direction. They simply illustrate the hypocrisy of the Mexican government’s current immigration demands on the United States – as well as the emptiness of most Democrat and Republican proposals for immigration reform.

Mexico, like the United States, certainly has every right to control who enters its borders, and to expel foreigners who break its laws. The Mexican constitution is designed to give the strongest protections possible to the country’s national security. Mexico’s internal immigration policy is Mexico’s business.

However, since Mexican political leaders from the ruling party and the opposition have been demanding that the United States ignore, alter or abolish its own immigration laws, they have opened their own internal affairs to American scrutiny. The time has come to examine Mexico’s own glass house.
——————————————————————————–

[1] The official text of the Constitution of Mexico appears on the Website of the Chamber of Deputies, or lower house of Congress, of the United Mexican States: http://web.archive.org/web/20071115125311/http://www.cddhcu.gob.mx/leyinfo/txt/1.txt. An authoritative English translation of the Constitution of Mexico, published by the Organization of American States, appears on the Website of Illinois State University: http://web.archive.org/web/20071115125311/http://www.ilstu.edu/class/hist263/docs/1917const.html. Quotations in this document are from the OAS translation.