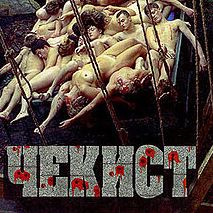 The superstructure of the Soviet Communist Party is gone. But the secret police and intelligence agencies have survived the turmoil and remain firmly ensconced in Russian political, economic and social life. They threaten reform and imperil the West.

This article was among the first to anticipate the rise of the former KGB to take over the political instruments of the post-Soviet Russian state.

Here is a pdf of the article: KGB-Legacy-Probs-Post-Com-Nov-Dec-95