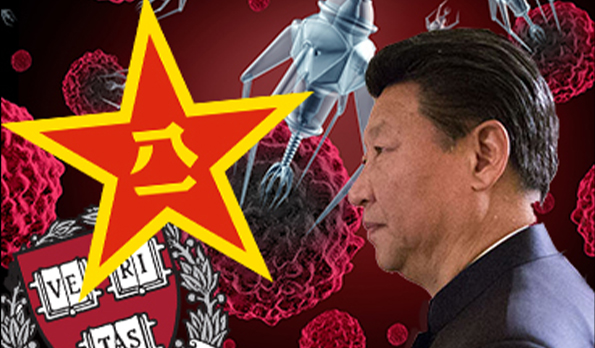 Espionage against America’s universities surfaced again when the FBI arrested a prominent Harvard professor as an alleged part of a Communist Chinese spy operation.

The recent arrests of Harvard Professor Charles Lieber, a Chinese People’s Liberation Army officer, and a second Chinese national in Boston, show that Beijing – among others – uses American academic institutions to steal technology and more.

Some professors seem perfectly willing to collaborate with the Chinese Communist Party.

The FBI arrested Lieber, chairman of Harvard University’s Chemistry and Chemical Biology Department and prosecutors charged “two Chinese nationals” with being “in connection with aiding the People’s Republic of China,” according to the Justice Department.

Lieber was initially “charged by criminal complaint with one count of making a materially false, fictitious, and fraudulent statement.” Such a charge is usually a placeholder while prosecutors prepare far more serious national security charges.

Lieber is a prominent nanoscientist who received more than $15,000,000 in Pentagon and National Institutes of Health contracts. Harvard said Lieber had an academic rank “bestowed on only the most eminent scholars.”

Professor Lieber allegedly had a secret arrangement with a Communist Chinese institution designed to recruit top Western science and technology talent, and was part of a research program in Wuhan, China, site of the recent outbreak of Wuhan corona virus.

Ye, who escaped to China, is a Chinese Communist Party member who studied at Boston University’s Department of Physics, Chemistry and Biomedical Engineering from 2017 to 2019, “completing numerous assignments from PLA officers” and “sending US documents and information to China,” according to the Justice Department.

Ye’s electronic devices revealed that the officer was associated with China’s National University of Defense Technology and was being run in Boston by an un-named PLA colonel.

Under the direction of that colonel, “Ye had accessed US military websites, researched US military projects and compiled information for the PLA on two US scientists with expertise in robotics and computer science,” the Justice Department said.

The third suspected spy, Zheng, had been a researcher at Beth Israel Deaconess Medical Center in Boston, from 2018-19. He was arrested in December at Logan Airport and “charged by criminal complaint with attempting to smuggle 21 vials of biological research to China.”

Communist China has targeted the American biotech research sector since the 1990s, the US China Economic and Security Review Commission reported last year.

Professor Lieber appears to have been part of that intelligence operation. The Justice Department laid out its case against the Harvard professor (emphasis added):

“According to court documents, since 2008, Dr. Lieber who has served as the Principal Investigator of the Lieber Research Group at Harvard University, which specialized in the area of nanoscience, has received more than $15,000,000 in grant funding from the National Institutes of Health (NIH) and Department of Defense (DOD).  These grants require the disclosure of significant foreign financial conflicts of interest, including financial support from foreign governments or foreign entities.

“Unbeknownst to Harvard University beginning in 2011, Lieber became a ‘Strategic Scientist’ at Wuhan University of Technology (WUT) in China and was a contractual participant in China’s Thousand Talents Plan from in or about 2012 to 2017.  China’s Thousand Talents Plan is one of the most prominent Chinese Talent recruit plans that are designed to attract, recruit, and cultivate high-level scientific talent in furtherance of China’s scientific development, economic prosperity and national security.

“These talent programs seek to lure Chinese overseas talent and foreign experts to bring their knowledge and experience to China and reward individuals for stealing proprietary information.

“Under the terms of Lieber’s three-year Thousand Talents contract, WUT paid Lieber $50,000 USD per month, living expenses of up to 1,000,000 Chinese Yuan (approximately $158,000 USD at the time) and awarded him more than $1.5 million to establish a research lab at WUT.  In return, Lieber was obligated to work for WUT ‘not less than nine months a year’ by ‘declaring international cooperation projects, cultivating young teachers and Ph.D. students, organizing international conference[s], applying for patents and publishing articles in the name of’ WUT.

“The complaint alleges that in 2018 and 2019, Lieber lied about his involvement in the Thousand Talents Plan and affiliation with WUT.  On or about, April 24, 2018, during an interview with investigators, Lieber stated that he was never asked to participate in the Thousand Talents Program, but he “wasn’t sure” how China categorized him.  In November 2018, NIH inquired of Harvard whether Lieber had failed to disclose his then-suspected relationship with WUT and China’s Thousand Talents Plan.  Lieber caused Harvard to falsely tell NIH that Lieber ‘had no formal association with WUT’ after 2012, that ‘WUT continued to falsely exaggerate’ his involvement with WUT in subsequent years, and that Lieber ‘is not and has never been a participant in’ China’s Thousand Talents Plan.”

The Chinese government has been exploiting Western supersensitivities about racism to its espionage advantage through its “overseas ‘united front’ work,” while careless language on the part of non-ethnic Chinese about “Chinese spies” can sow defensiveness and divisiveness that Beijing can exploit again. The US China Economic and Security Review Commission warned about Communist China’s manipulation of real and imagined “racist” sensitivities in a 2018 report.

Harvard and other colleges like having students from Mainland China, as the parents or proxies usually pay full tuition in cash. Chinese Communist Party leader Xi Jinping’s daughter, Xi Mingze, reportedly graduated from Harvard and returned in 2019 to resume her studies there.

Harvard has shown a permissive attitude toward spies and those who release classified information.

The Harvard John F. Kennedy School of Government – the nation’s most prestigious graduate school for future diplomats, intelligence officers, and other public officials – extended convicted spy Bradley “Chelsea” Manning a visiting fellowship in 2017. Manning, who was convicted of six counts of espionage for releasing 700,000 classified defense and intelligence documents, received a pardon from president Barack Obama.

Harvard withdrew its offer to Manning only after former CIA director Michael Morell, a senior fellow at the JFK School, resigned in protest.

“Unfortunately, I cannot be part of an organization — the Kennedy School — that honors a convicted felon and leaker of classified information, Ms. Chelsea Manning, by inviting her to be a Visiting Fellow at the Kennedy School’s Institute of Politics,” Morell said in a letter to the Harvard dean.

After Morell’s public resignation, Harvard withdrew its invitation to Manning and called the offer a “mistake.”

However, JFK School Dean Douglas W. Elmendorff publicly apologized to Manning, and invited the convicted spy to visit Harvard for a day to speak at the school’s prestigious John F. Kennedy, Jr. Forum.

“I apologize to [Manning] and to the many concerned people from whom I have heard today for not recognizing upfront the full implications of our original invitation,” Elmendorf told the Washington Post. 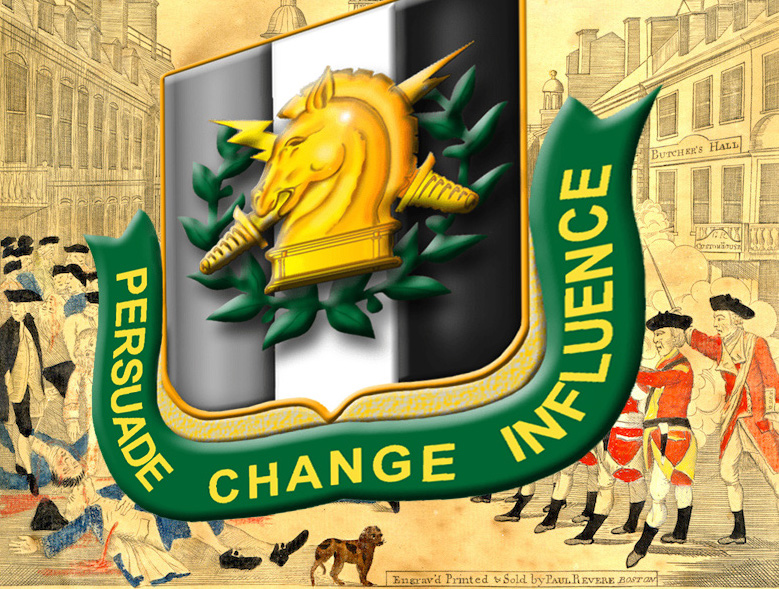 «« Teaching special ops forces about PSYOP in US history 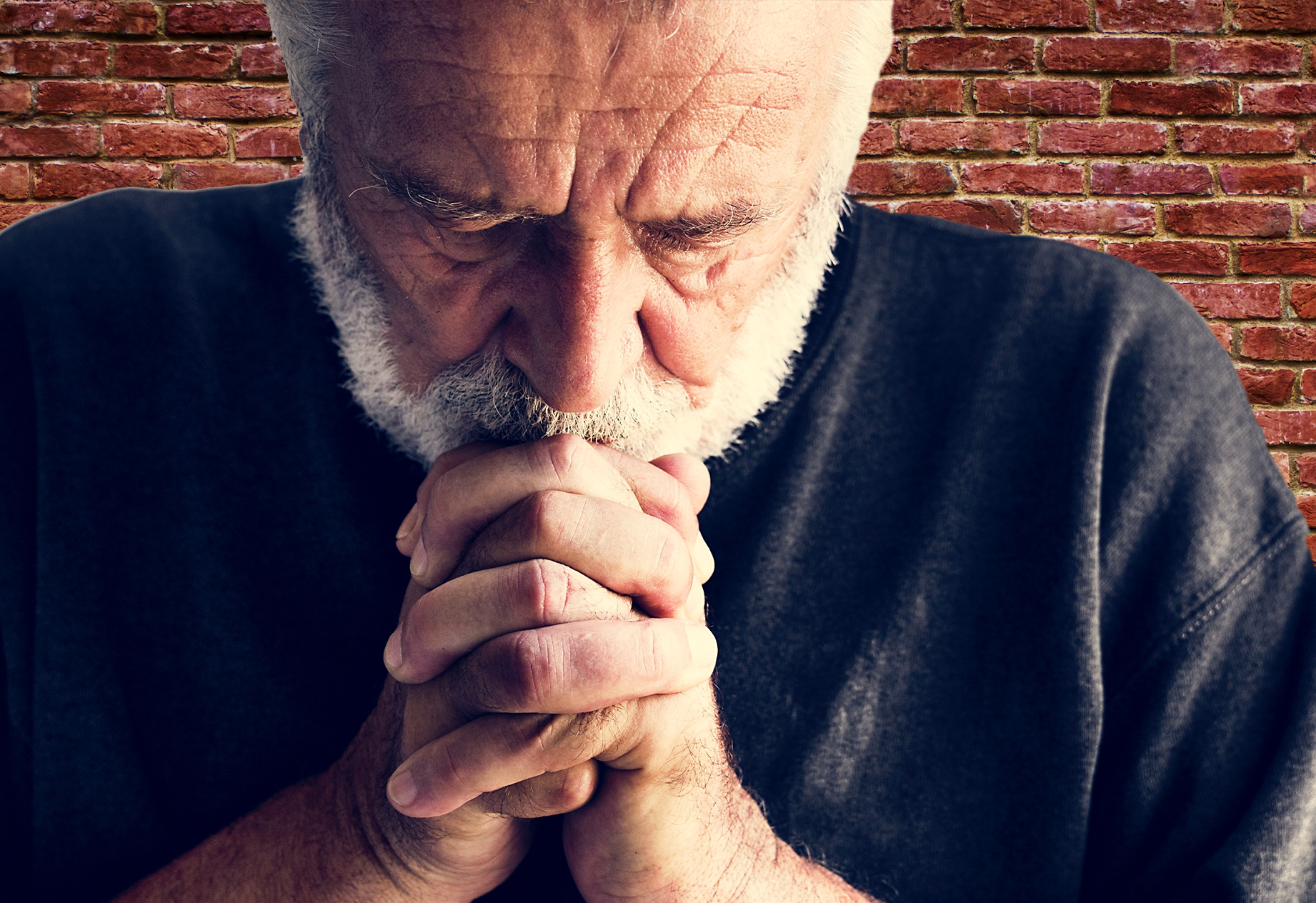 Putin continues repressing Christians and recruiting them as spies »»