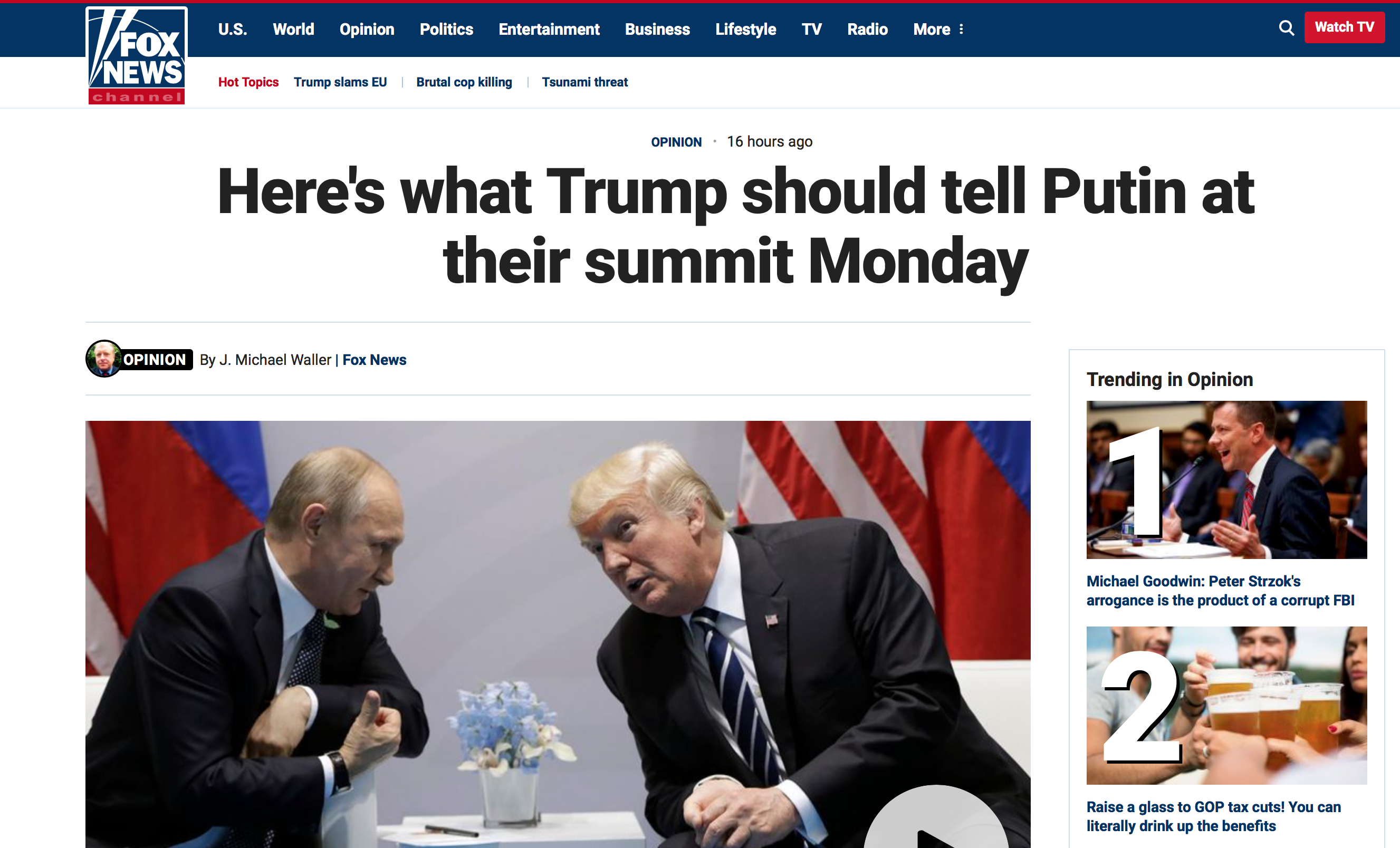 President Trump can have a successful summit Monday with Russian President Vladimir Putin in Finland and outwit his critics if he takes a tough-love approach to his seeming bromance with the Russian leader.

Putin’s hold on power is weaker than it seems. He takes strength from the perception by some that he has President Trump in his pocket – yet he still needs a foreign enemy to justify his police-state rule.

American elected officials have provided Russian leaders – and Soviet leaders before them – with a needed foreign enemy for many years. However, U.S. hostility has failed to alter Moscow’s behavior or make America any safer.

Most importantly, neither isolation nor sanctions have hindered Moscow’s ability to kill millions of Americans in a horrific attack with an arsenal of nuclear bombs second in size only to our own. In addition, Russia is covering up past support for global terrorist networks.

On top of this, Russia still seeks to subvert our political institutions and elections – as it has for many decades, long before Donald Trump entered the political arena.

Now President Trump has the opportunity to deprive Putin of the foreign enemy the Russian president needs to unify his country behind his iron-fisted rule. But Trump will have to walk a tightrope to not get too cozy with Putin in order to dispel the “collusion” narrative that plagues [Click here for full article on FoxNews.com]