More controversy erupted this week about the non-quote that’s not from President Abraham Lincoln.

It’s based on a story I wrote for Insight magazine in December, 2003, in which I quoted from President Lincoln’s July, 1863 letter that the Union League distributed as a pamphlet later that year. In the letter, President Lincoln referred to the treasonous acts of a US Congressman, asking why a boy who deserts from the army must be shot, while a “wily agitator” (Rep. Clement L. Vallandigham) “who induces him to desert” should get a lesser punishment.

The implication I drew from the letter was that, if it was legal to execute the boy-deserter, it would be just as legal to mete out the same punishment to the saboteur congressman. I quoted from the original Union League copy of the Lincoln letter:

“Must I shoot a simple-minded soldier-boy who deserts, while I must not touch a hair of a wily agitator who induces him to desert? This is none the less injurious when effected by getting a father, or brother, or friend, into a public meeting, and there working upon his feelings till he is persuaded to write the soldier-boy that he is fighting in a bad cause, for a wicked Administration of a contemptible Government, too weak to arrest and punish him if he shall desert.

“I think that in such a case to silence the agitator and save the boy is not only constitutional, but withal a great mercy.”

“His [Vallandigham’s] arrest was made because he was laboring, with some effect, to prevent the raising of troops; to encourage desertions from the Army; and to leave the rebellion without an adequate military force to suppress it.

“He was warring upon the military, and this gave the military constitutional jurisdiction to lay hands on him.”

In the lead of my story, I began, “Congressmen who willfully take action during wartime that damage morale and undermine the military are saboteurs, and should be arrested, exiled or hanged. That’s what President Abraham Lincoln said during the War Between the States.”

Kind of to-the-point, but it was my interpretation of the Lincoln quote that was to follow. Problem is, a well-meaning copy editor ran quotation marks around the first sentence, making it appear that I was quoting Lincoln directly saying that saboteur congressmen should be arrested, exiled or hanged.

That’s not what I intended to portray. FactCheck.com was the first to call me on it – in August, 2006, nearly three years after the fact. The researcher said that my quote had been used at least 18,000 times on various blogs and websites. It was the first I’d heard of it, and I immediately said that the quote was not real. On returning from vacation, I wrote a correction on FourthWorldWar.com.

I thought that was the end of it until this week, when my friend Frank Gaffney used the quote in his weekly Washington Times column. His editor at the Times alerted him to readers who had pointed out the error, and I related the story to both of them for correction. Frank had corrections made on the 20 or so websites that carry his column.

But the story got legs again when Congressman Don Young (R-Alaska) read from the column yesterday on the floor of the House. An Alaska newspaper found the FactCheck.com item and tracked me down. Again, I related the story.}

Now others are having fun with it. Today the Washington Post ran a piece about Young, tracing the origin to me (and kindly calling me a “conservative scholar” – as if it labels liberal scholars as thoroughly) but being good-natured about it all. Liberal pundit Alan Colmes gave it a run on Fox News.

A spokeswoman for Congressman Young said the lawmaker stands corrected about the Lincoln “quote,” but that “he continues to totally agree with the message of the statement.” (Good for him!)

Editor & Publisher, which covers the newspaper industry, has written two stories so far: One on February 14 and one on the 15th, blaming the Washington Times for not issuing a correction quickly enough.

My apologies to all who were misled for not having been persistent in pursuing a correction to the editing error. 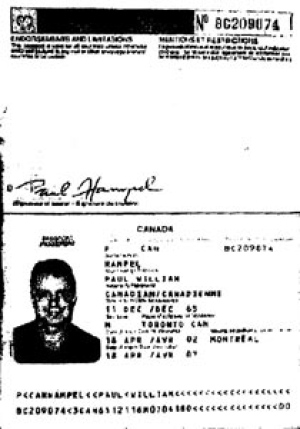