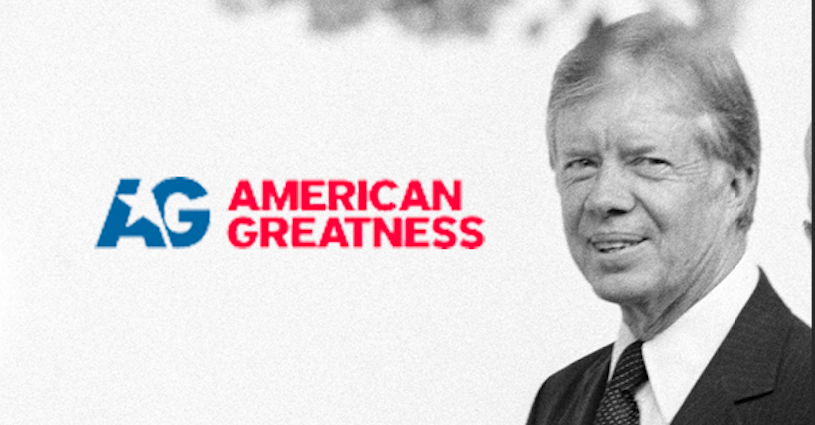 The Atlanta-based Carter Center is notorious for its validation of the fraudulent election to keep Venezuela’s late dictator Hugo Chavez in power. It still has good things to say about the man who turned his prosperous country into a socialist hellhole.

Even so, its standards have value in addressing the integrity of America’s 2020 presidential election.

The Carter Center has a huge repository of state-of-the-art election standards for free and fair voting.

The standards are designed for Third World countries with rough democratic processes, and based almost entirely on foreign and United Nations documents.

But the standards can be useful to the United States.

The Trump team should robustly apply the Center’s standards to the voting in Georgia and other jurisdictions. It won’t subsume America’s sovereignty to the UN, but will prove that in terms of election integrity, much of the United States has become a high-tech banana republic.

The Carter Center stresses, “any measures to undermine the will of the people will render an election unfair.”

How do many American jurisdictions live up to that? Let’s take a look, with everything in quotation marks below coming directly from Carter Center standards.

The first thing is to have an inclusive, open, and transparent system. “The system must be sufficiently secured against fraud,” a Carter Center standard says, explaining how anti-fraud measures would work.

One of the most important is voter registration. “The voter register and its maintenance must be conducted with complete transparency.” There’s no place in a democracy for dirty registers: “The international standard for voter registration is that the register must be comprehensive, inclusive, accurate and up to date, and the process must be fully transparent.”

The Carter Center agrees that people who no longer live in their voting district or are not legal residents or even citizens, who are otherwise ineligible to vote, or who are dead, should indeed not appear in the registers at all: “Voter registration requires remedies that correct disenfranchisement or that prevent voting by ineligible people.”

Though two-thirds of states require Voter ID, the United States is one of the few countries on Earth that does not mandate voters to show at the polls that they can legally vote. Carter Center standards without exception require voter ID at the polling place: “Invariably voters are required to prove their identity by showing a passport or ID or some form of identification.”

Georgia has a strict voter ID law. Pennsylvania requires no ID to vote.

“Observers should determine who printed the ballots, and about what safety features are employed to preserve the integrity of the ballot prior to Election Day, in order to avoid duplication or illegal production of ballots.”

“Ballots and other sensitive election material should be properly supervised and secured at all times.” Then there’s the integrity of each ballot: “In order to safeguard a ballot, each ballot should bear an official stamp specific to the polling station and/or the signature of an authorized person/s in the polling station.”

Ballot boxes should be made of transparent material so that everyone can see what’s inside.

“At the opening and closing of the poll, the procedures for handling and sealing ballot boxes should be open to the scrutiny of those party agents and other observers who may be present.”

“Checking that no opportunity exists to manipulate the voting process in the polling station, for example by switching boxes, fraudulent ballot papers, voting more than once, impersonation of another elector,” is another Carter standard. “Sensitive election materials should be stored securely throughout the voting process.”

Before obtaining a ballot, each voter provides an official ID. His name, address, signature and so forth are cross-referenced with the clean and up-to-date voter register. “Duplicate voting is prohibited,” with safeguards “to prevent multiple voting and other forms of ballot fraud.”

“Examples of such safeguards include: marking the voter register to indicate an elector has voted, requiring the voter to sign the register, and marking a voter’s finger with ink.”

“Ballot box ‘stuffing’ is prohibited.” Measures must be in place “to ensure that the ballot papers issued to the electors are those actually placed in the ballot box, and that no opportunity for substitution arises.”

“All ballots, including unused ballots, should be accounted for during election day.” Not days afterward. Every observer must be able to know “whether the polling station has received, and can account for, blank ballots and all other necessary materials.”

“Providing mobile ballot boxes and absentee voting broadens the participation of the electorate,” according to the Center. “However, these are provisions that can be open to abuse.”

“Distance voting” should be “well regulated” with the counting “transparent and observable.” The Center does not address the mass mailing of unsolicited ballots to names on obsolete registers, but the strictness of its standards indicates an unregulated process at high risk of fraud, making a genuine election invalid.

The Carter Center emphasizes transparency: Partisan and nonpartisan observers should be present at all levels and at all times to monitor the processes and challenge irregularities. If observers witness “ballot box stuffing or tampering with results protocols at any level of election administration,” they should be able to report them immediately to proper authorities.

“Counting should be open to official observation by concerned parties. All issued, unissued and damaged ballot papers must be systematically accounted for,” the Center says. “The process of counting votes, verification, reporting of results and retention of official materials must be secure and fair.”

Authorities must ensure “that counting takes place in public,” and “votes should be counted and reported honestly.”

“Results centers should be established and accessible,” and “open to the public and used to ensure acceptance of election results.”

“The preparation and conduct of elections and the announcement of results shall be done in a transparent manner.” No middle-of-the-night stoppage of ballots or sending observers home.

Everything must be saved to ensure that “the counting process was verifiable and the ballots preserved for later review.”

As for voting machines, “the audit system for electronic technologies should be open and comprehensive.” The audit system shall also “actively report on potential issues and threats.” Furthermore, “Provisions must be in place in the legal framework so that independent verification of the accuracy and soundness of hardware and software used for counting ballots can occur.”

“Re-count procedures should be available in case of questionable results. Finally, alternative, independent verification procedures, such as parallel vote tabulation, can be a valuable measure contributing to public confidence in, and acceptance of, the outcome of polling.”

Fraudulent elections can threaten public safety and even the peace. The Carter Center insists, “Take all necessary measures and precautions to prevent the perpetration of fraud, rigging or any other illegal practices throughout the whole electoral process, in order to maintain peace and security.”

The Center proved that when it validated Venezuela’s rigged elections for a socialist dictatorship. That’s why the Trump team must apply the Carter standards rigorously for a clean vote in America.

Strategic disinformation and the 2020 election »»

Two ‘Uncle Joes’ – When a president declines cognitively, who is captaining the ship?